Why You Should Travel to Cuba Now 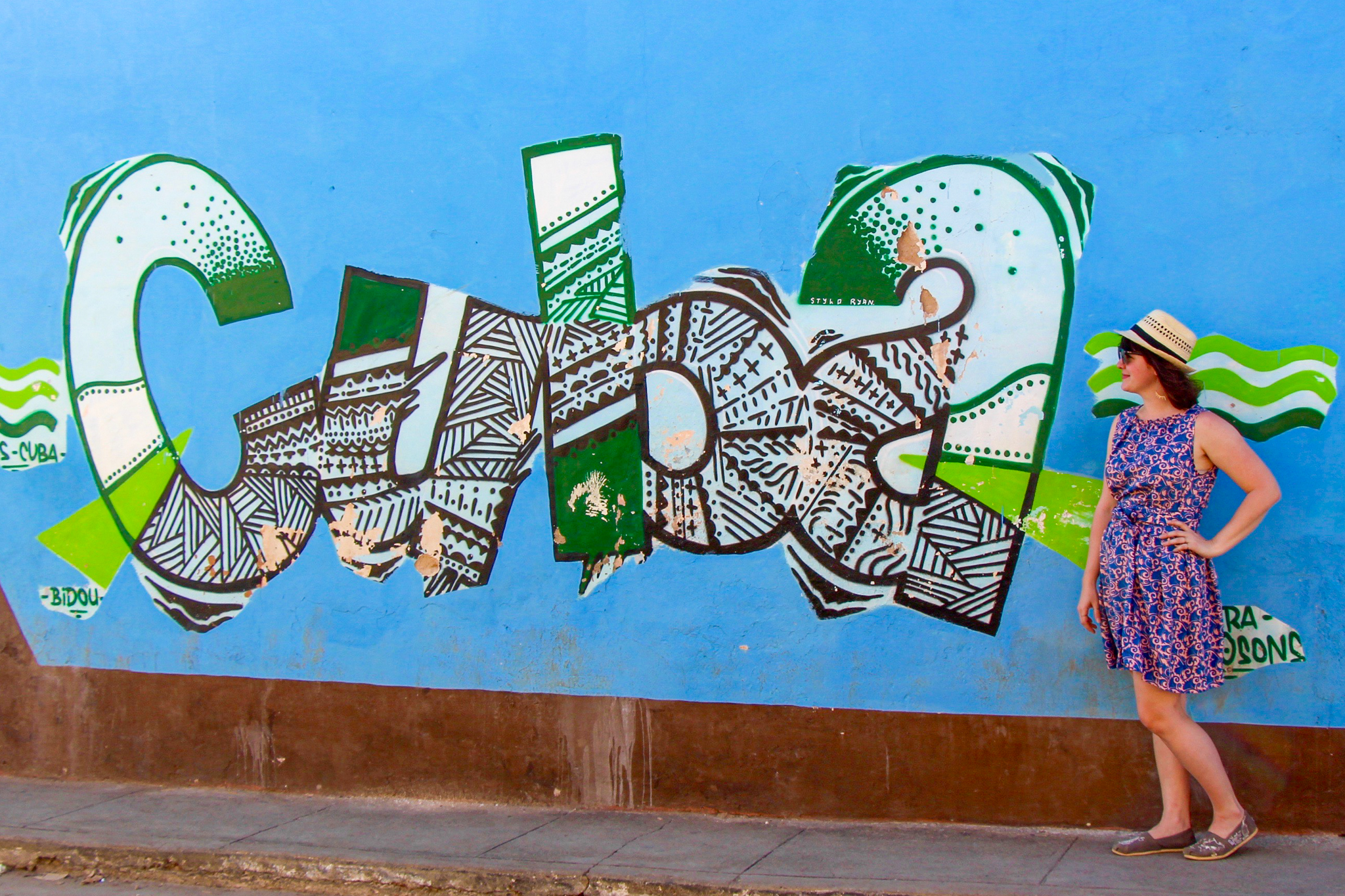 For years Europeans, Canadians, and global travelers alike have been traveling to Cuba without issue; but recent changes in US regulations, Americans are now visiting in increasing numbers. Cruise lines, airlines and travel companies are all developing services in Cuba for the growing American market—and there is no sign of slowing down even with the change of administration.

As one of the the US’s closest neighbors, it’s no surprise that Americans are flocking to the island nation in huge numbers. Tourism from the US to Cuba grew by 150% in 2015, and 215% in 2016, making it seem as though 2017 could be another record breaking year. With this explosion of tourism from the Western Hemisphere’s tourism powerhouse, Cuba is bound to experience some major change over the next decade or two, which is why I think it is a particularly interesting time to visit the island nation.

I would argue that you shouldn’t travel to Cuba right now in order to see it “before everyone else does”. That’s silly and self-centered—millions of Canadians, Australians and Europeans have been visiting Cuba during the 50+ year US embargo. Americans didn’t all of a sudden discover this place no one has ever been to; in fact, we’re behind on the Cuba trend. Despite all of this pre-existing tourism, Cuba has managed to retain its “vintage charm”. Americans need to get out of the mindset that their presence somehow changes everything for Cuba.

I think it is a naive and simple-minded assessment for Americans to say that they want to visit Cuba now “while it is still the way that it was” because no place is ever static in the way that it is. That is the beauty of humanity—we are always growing, changing and morphing with time. Anytime you go anywhere, it will be different than it was before and will be in the future. No matter where you go in the world, things are always in flux.

Yes, Cuba may get widespread access to Internet or it may start importing more modern vehicles within the next few years. But that won’t change the friendly nature of the people or the colorful streets of Trinidad or the passion for revolution that Cubans take pride in, all of which are amazing qualities that lend to Cuba’s unique and appealing vibe. Being “stuck in the vintage era” is far from the only loveable and charming thing about Cuba. There is plenty more to fall in love with that will be there for years and years. 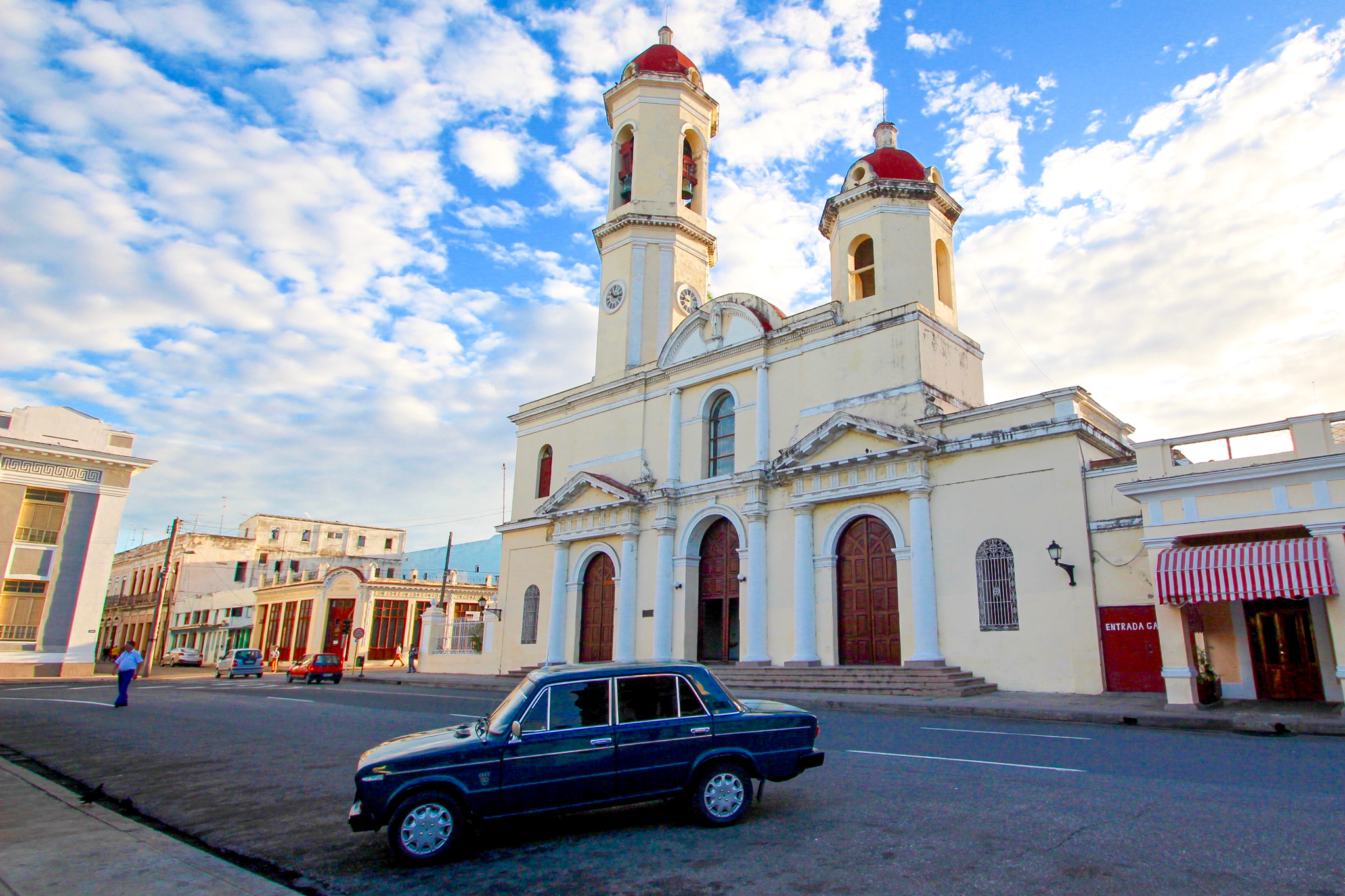 Don’t get me wrong, Cuba will definitely feel different in a decade or two. As more money and visitors pour in, Cuba is bound to lose some of its “lost in time” charm, especially as large corporations whitewash everything with chain stores and branded hotels. They are bound to invest millions in making Cuba the same as all the other mega-resort destinations around the Caribbean, a deeply saddening prospect to be sure.

Even on my visit, you could see lots of new construction happening around the coast and in Havana, as well as ongoing renovation and updates to existing architecture. But for every mega construction project taking away from it’s quirky past, there are Cuban people celebrating what they currently have and working to save it. Cubans clearly understand how the old charm is a big draw for tourists, and many of them are preserving this unique history by painting buildings in vintage colors or restoring Art Deco details.

Another example is with Cuba’s quintessential icon—vintage American cars. Even those are going through a renovation. Lots of the taxi drivers have updated their vintage American cars with new engines to make them more reliable as more visitors aspire to ride around in them. They have also removed the rooftop of the car, transitioning them into convertibles which are more tourist (aka Instagram) friendly. But with all these updates, the body of the car remains the same, retaining their vintage look of the 1950s on the outside! 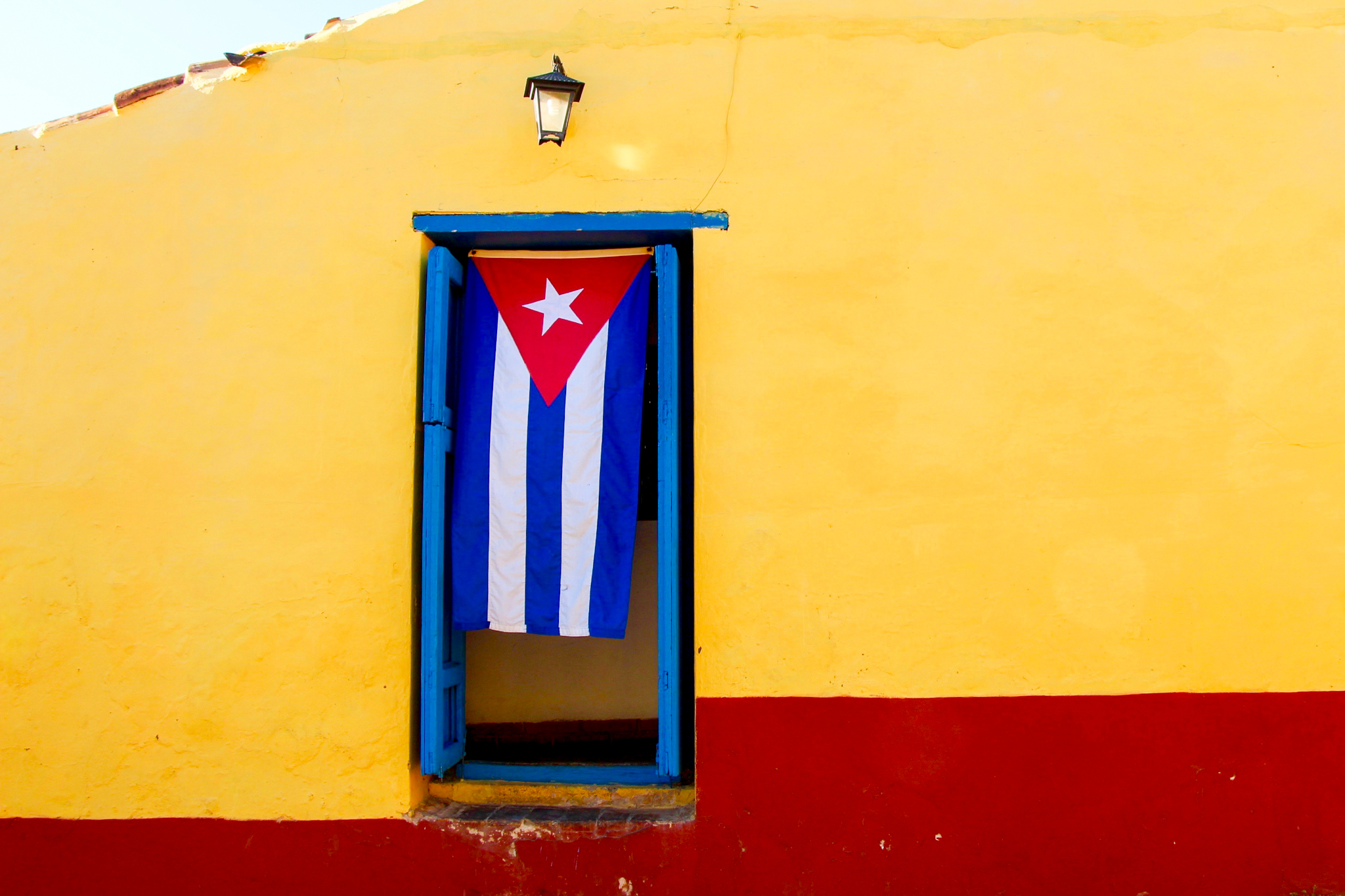 Despite its intrigue and interest, Cuba might not be the right destination for everyone. It’s still very much a developing country and it’s important to remember that the tourism infrastructure isn’t modern. Unlike other Caribbean islands, you shouldn’t expect creature comforts when traveling here. Accommodations aren’t fancy and hot water or air conditioning aren’t a guarantee. You can’t throw toilet paper in the toilet, won’t get ice in your drinks and food poisoning is a reality you might have to face (I projectile vomited on the streets of Havana, a first for me even as an experienced traveler).

It’s difficult to travel in between cities since there isn’t much public transportation and you can’t rent a car. Activities may randomly be closed because of a power outage (yes that did happen to us –twice) and may be cancelled without explanation or refund. Plus if anything goes wrong, Internet access is very sparse, slow and hard to connect with making it difficult to create alternative plans.

Our tour guide Antonio said that this was all part of the charm of Cuba, and I 100% agree. It all added to the experience for me, and reminded me of how much I have to be thankful for at home. My favorite saying that I picked up on this trip is “well what happened was…” which is a common excuse that Cubans use when something happens that is out of their control.

So after I everything that I’ve just listed out, you might be asking “well, why is now a good time to visit Cuba?” considering I haven’t exactly painted a picture of travel bliss. But here it is:

Whether it be political change with the recent death of Fidel, or an onslaught of outside technological change or influx of more Americans than have visited in 50 years, right now is a unique moment in time for Cuba. This sentiment is the exact feeling I felt when traveling in China in 2008 during the Olympics — seeing one of the few truly socialist countries still left in the world try to adapt and change to a globalized world is intriguing and special. In my opinion change is interesting, and that alone makes it a great time to visit.

Given the current political climate in the United States, I also think that it has never been more important to demystify misunderstandings of foreign people and foreign countries than it is right now. I believe that we need to start bridging divides among people, correcting past wrongs we’ve done and working to develop empathy for people coming from different backgrounds than us. This is an all too real reason why I think you should visit Cuba right now — and you can thank the Cheeto in Chief for that.

Having studied Cold War history in college, I went into this trip with some preconceived tropes and stories about what Cuba would be like. As American students, we are told one perspective on Cuba (communist villains who tried to blow us up in the Cold War) without any understanding of the context and complexities that actually existed in both the past and present. During the Cold War especially, it was beneficial to the American government to paint Cuba as a threat and bolster the voices of Cuban exiles here in America as part of an anti-Castro propaganda campaign. In a post cold-war era, does that trope still hold true?

Because of the stories we’re told, I think many Americans, myself included, have the tendency to lump all of Cuba and thus Cuban people into one of two categories—poor + hate the government or exiled + scared of the government. I thought my experience was going to be characterized by hostility and Cuban people would be impoverished, wanting to flee the communist regime that has been “oppressing its people” for 40 years. 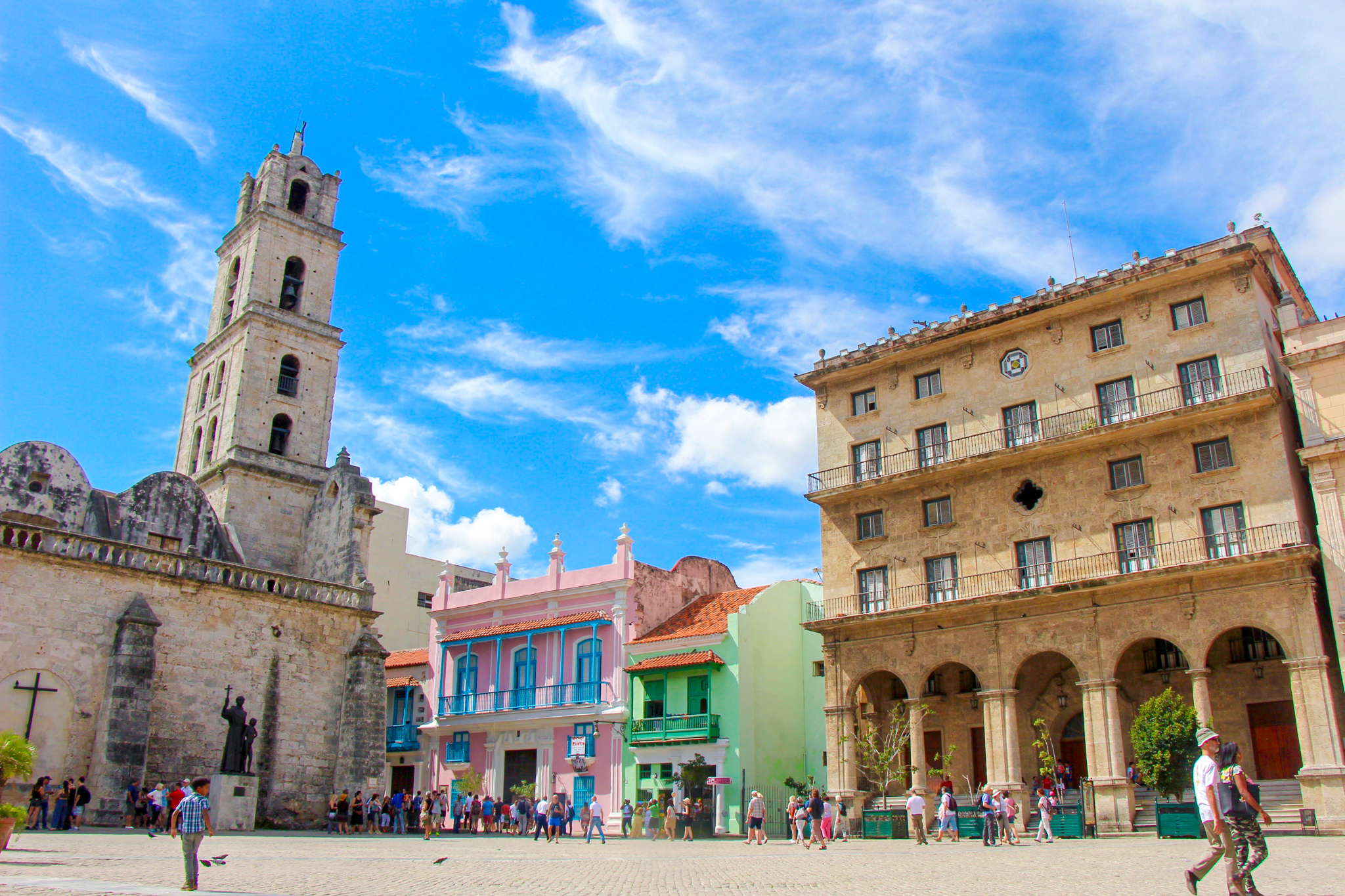 After visiting Cuba, I can honestly say that my entire perspective has shifted. One of my biggest takeaways from my trip to Cuba was a deeper, more nuanced and empathetic view on the Cuban-American relationship. Yes of course there are people who lost everything when the revolution happened in 1959, fleeing to the United States. And yes of course, many people did suffer and leave in the 1990s when the fall of the Soviet Union left Cuba completely on their own struggling to meet basic human & economic needs.

But I also witnessed a deep resiliency and passion for the great revolutionary experiment in Cuba. Of course you can make the argument that this “passion” is brainwashing in a nationalized education system, but I don’t think that is the whole story. I think people take pride in being a country that stood up to American imperialism, being a country that carved its own spot in history, being a country that wasn’t scared to venture off on it’s own. I talked to plenty of people who believed that Cuba was a global trailblazer, and even with stumbles on the way, overall feel pretty happy, thriving & prosperous with the system they live under. They are proud to be live in a nation with universal education, 100% literacy, and low economic inequality, something that plenty of Americans can’t say about their own system.

It was comforting yet unsettling to be reminded that Americans are not the only ones living in unprecedented times; nor are we the only country that has gone through unprecedented times. History always has a way of coming back to replay itself. And I can thank Cuba for reminding me that big change is never more than a hodgepodge series of happenstances away from becoming a lived reality — a la 2016 American elections. Hearing spoken histories from people who lived during a revolutionary change in government feels all too salient to an overly sensitive and politically minded American woman that lives a state of over-inflated paranoia and uncertainty about what her own political future holds.

Regardless of your own personal compulsions for wanting to visit Cuba, I can proudly and honestly say it was one of my favorite recent trips and I can’t wait to return in the future for a whole new perspective on it. Now is an interesting, relevant and educational time to visit this island nation and if I were you, I would bump this destination up on your priority list!

This post was originally published in March 2017 and updated in January 2020.

Do you have questions about traveling in Cuba? Comment below and I can help!