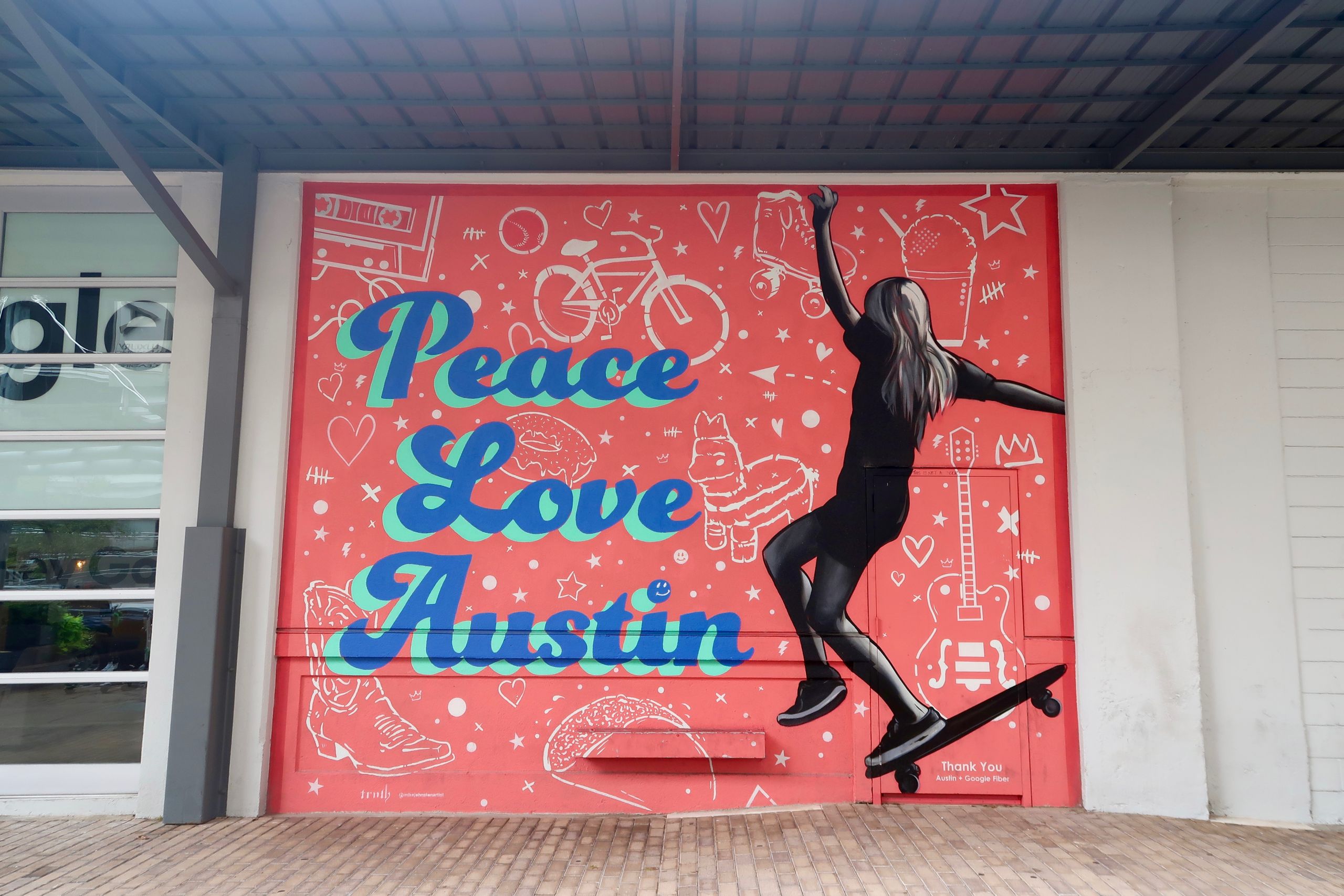 There is one thing you can’t deny about Austin—it is a city that buzzes with creativity. That creative weirdness is one of the things that makes Austin so special and so famous! Around nearly every corner, you can find spontaneous music or public art installations! From statues to murals, Austin embraces a culture of creative expression that makes this a perfect destination for exploring street art. Pump up your Instagram feed while visiting Austin with this street art guide!

A self-guided street art tour is the perfect free thing to do in Austin during your visit! You can find lots of murals clustered together in the South Congress neighborhood as well as a copious options in downtown Austin. But keep your eyes open for spontaneous stops and murals that aren’t featured on this list. There is always some new street art to discover in Austin, Texas!

Bikes are the perfect companion for exploring street art because you can easily hop on and off as you see something beautiful to snap a photo of. way around Austin affordably. Regardless of which of these murals catch your interest, there is no doubt that you will find more Instagrammable street art to love on your self-guided tour of Austin. Looking for cool street art is the perfect free activity to try while traveling in Austin!

These are the most Instagrammable street art murals in Austin, Texas!

One of the most iconic murals in Austin, the Greetings from Austin mural draws thousands of visitors per year thanks to its very ‘grammable colors and style. Adapted from a vintage postcard, the mural was originally painted by local business owner and artist Todd Sanders in 1998. The neighborhood has changed over the years, but the mural hasn’t and it was restored through neighborhood donations in 2013. 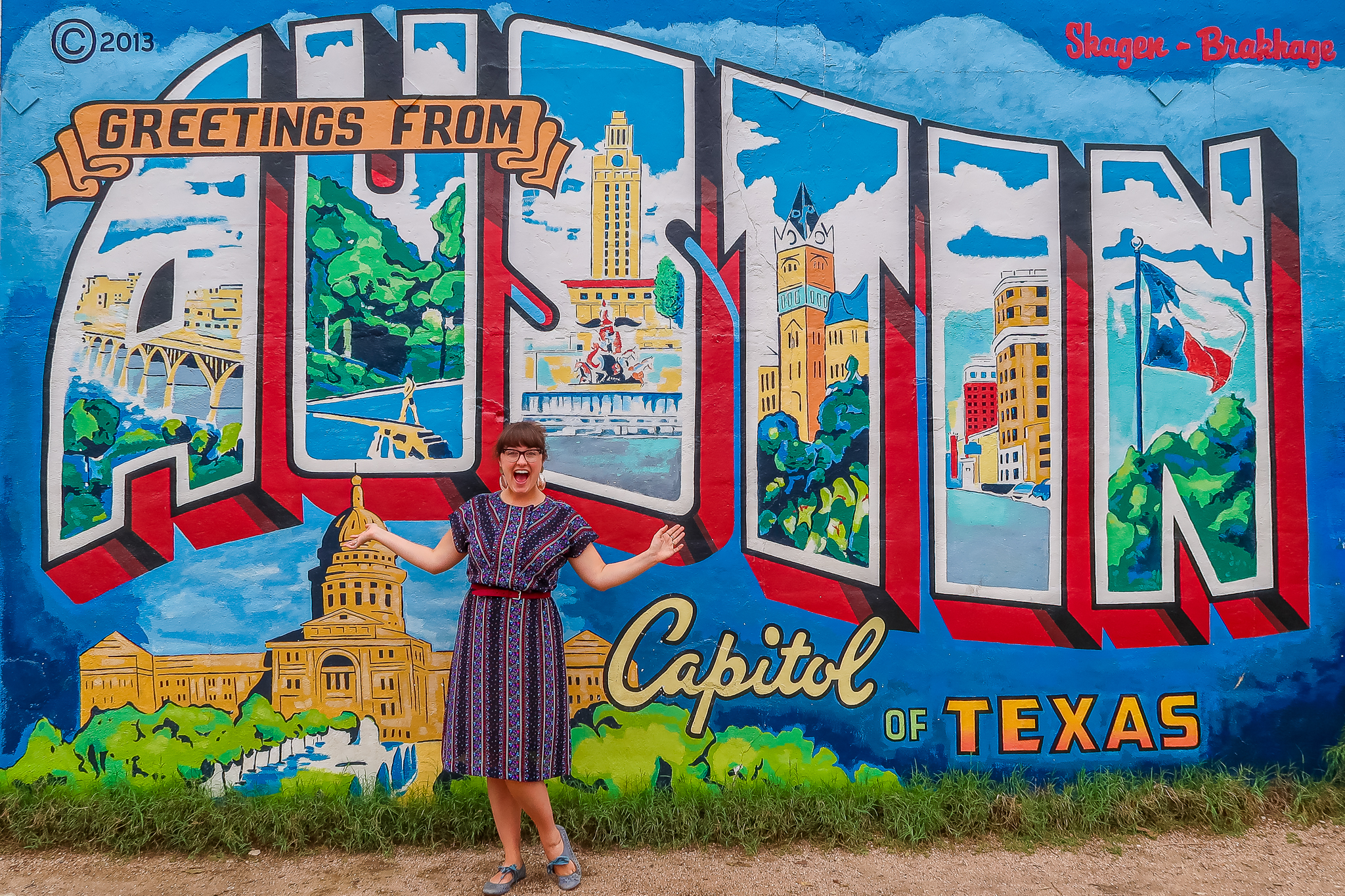 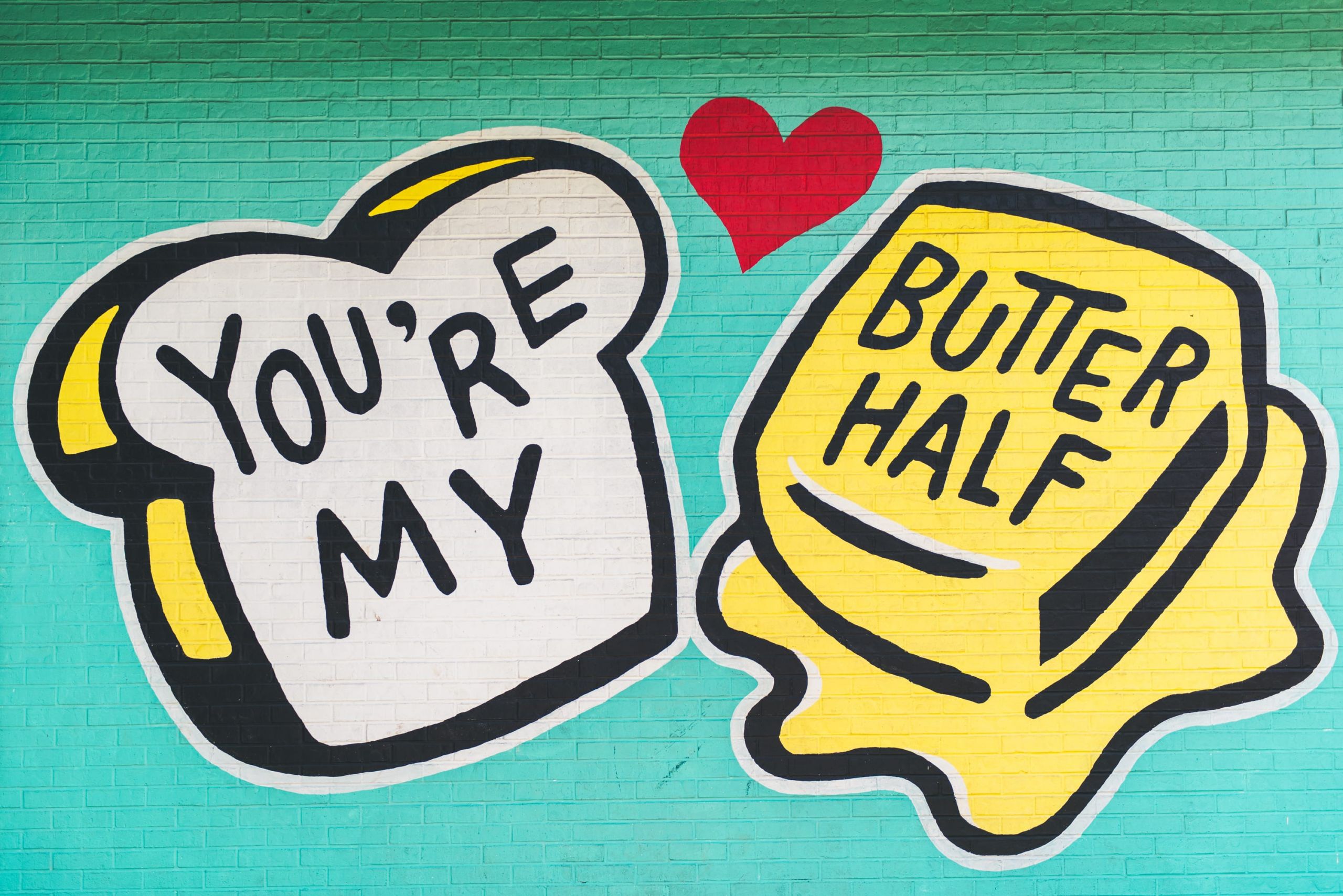 Willie Nelson, an American country and folk musician, is a Texan hero in Austin. It is common to hear his music in bars and you can find a statue dedicated to him downtown. Willie’s activist attitude bonds him with the local culture in Austin, and there is even a street art mural encouraging him to run for president! You can find this fun mural on the side of tasty late-night pizza joint HomeSlice. 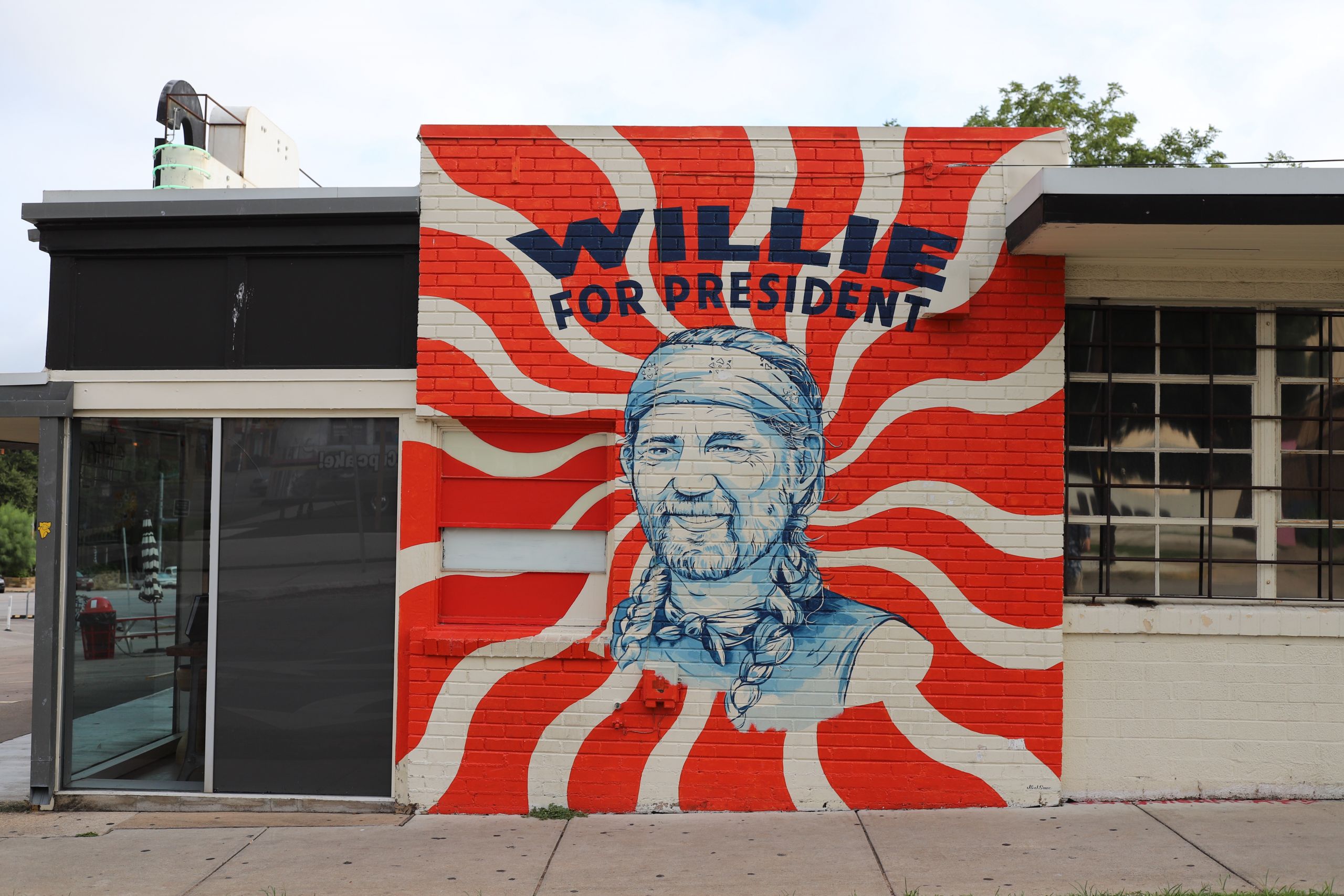 A small unassuming mural on the side of Jo’s Coffee on South Congress Avenue, the “I Love You So Much” mural is one of those murals that warms your heart from it’s simplicity but also the story behind it. In 2011, a local musician named Amy Cook took a can of spray paint and wrote a message to her girlfriend Liz Lambert on the side of Jo’s Coffee. The message immediately caught on and people have come to take pictures with their loved ones in front of the green and red mural ever since. 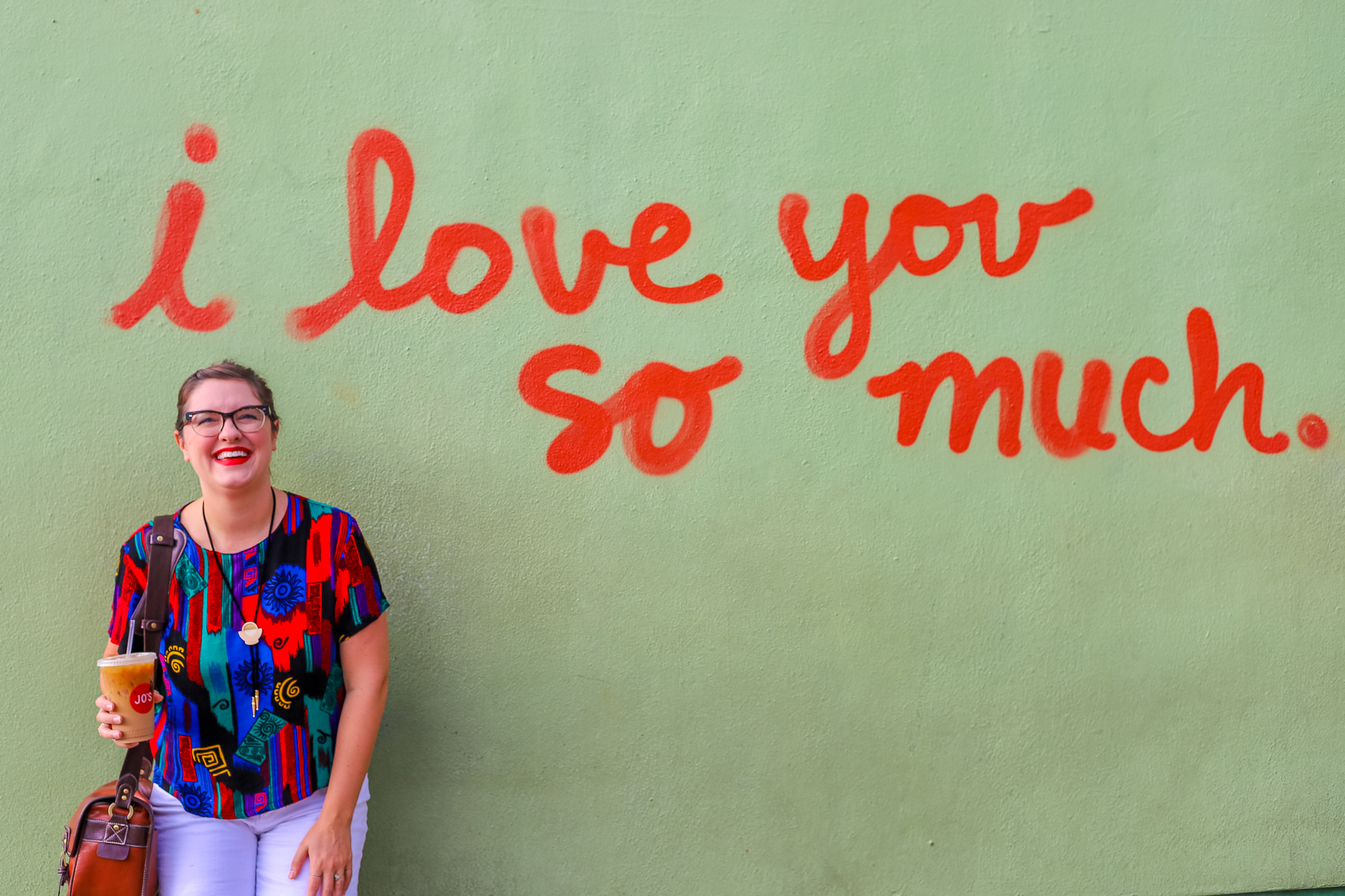 Adapted from the movie “Anchorman”, the Stay Classy Austin mural sits on the main stretch of South 1st Street making for an easy stop on your way to the next mural on this list. Local artist Mez Data painted this technicolor design in his unique contemporary style. The colors of the mural draw you in and Will Ferrell’s recognizable character makes you smile! 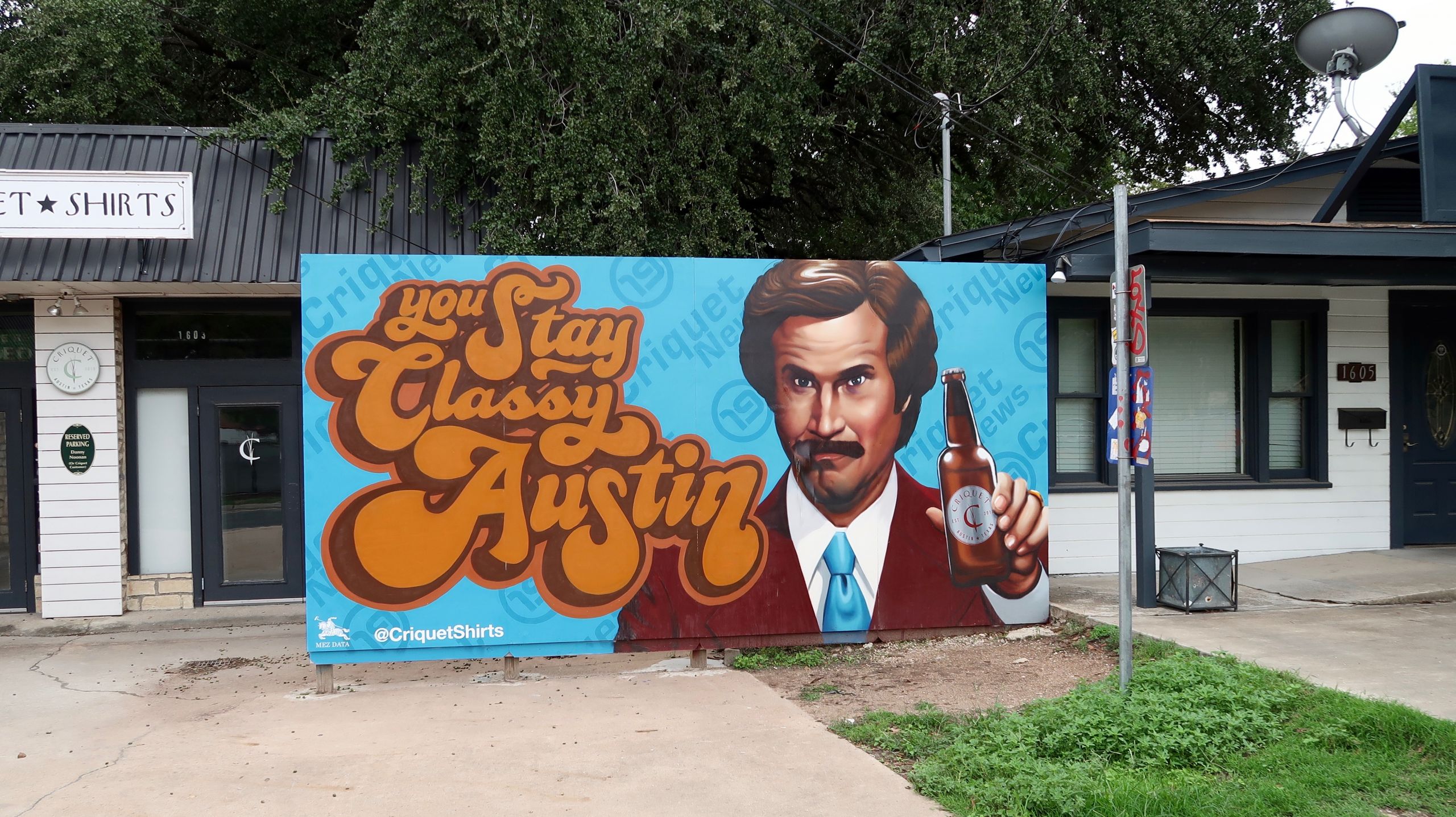 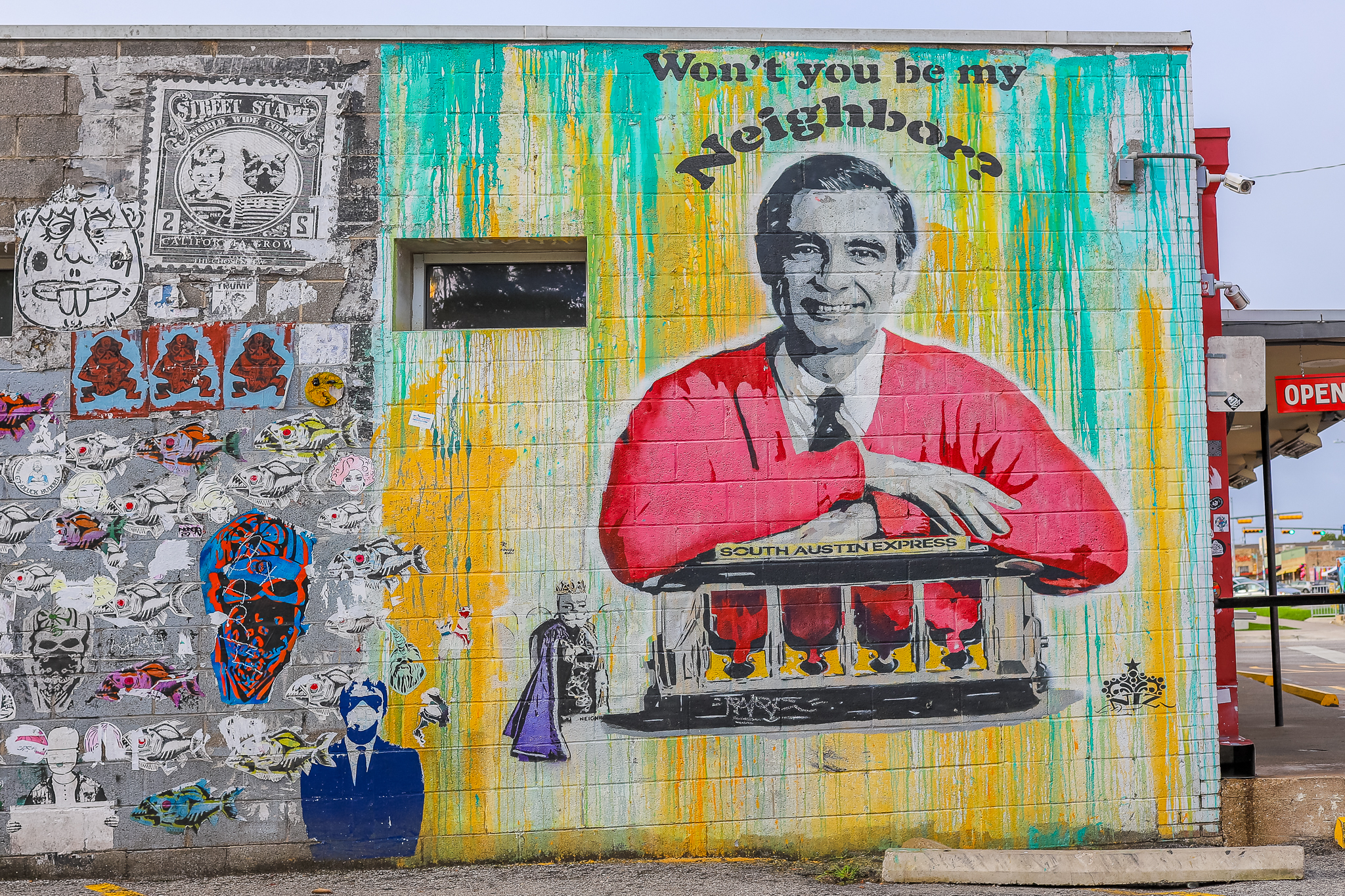 Art and conservation? Who doesn’t love that! Painted by a British artist named Louis Masai, the Austin toads mural was created in collaboration with the Austin-based Global Wildlife Conservation fund as a means to raise awareness of an endemic Texan species of endangered toads whose population is deeply threatened by urban development in Texas. 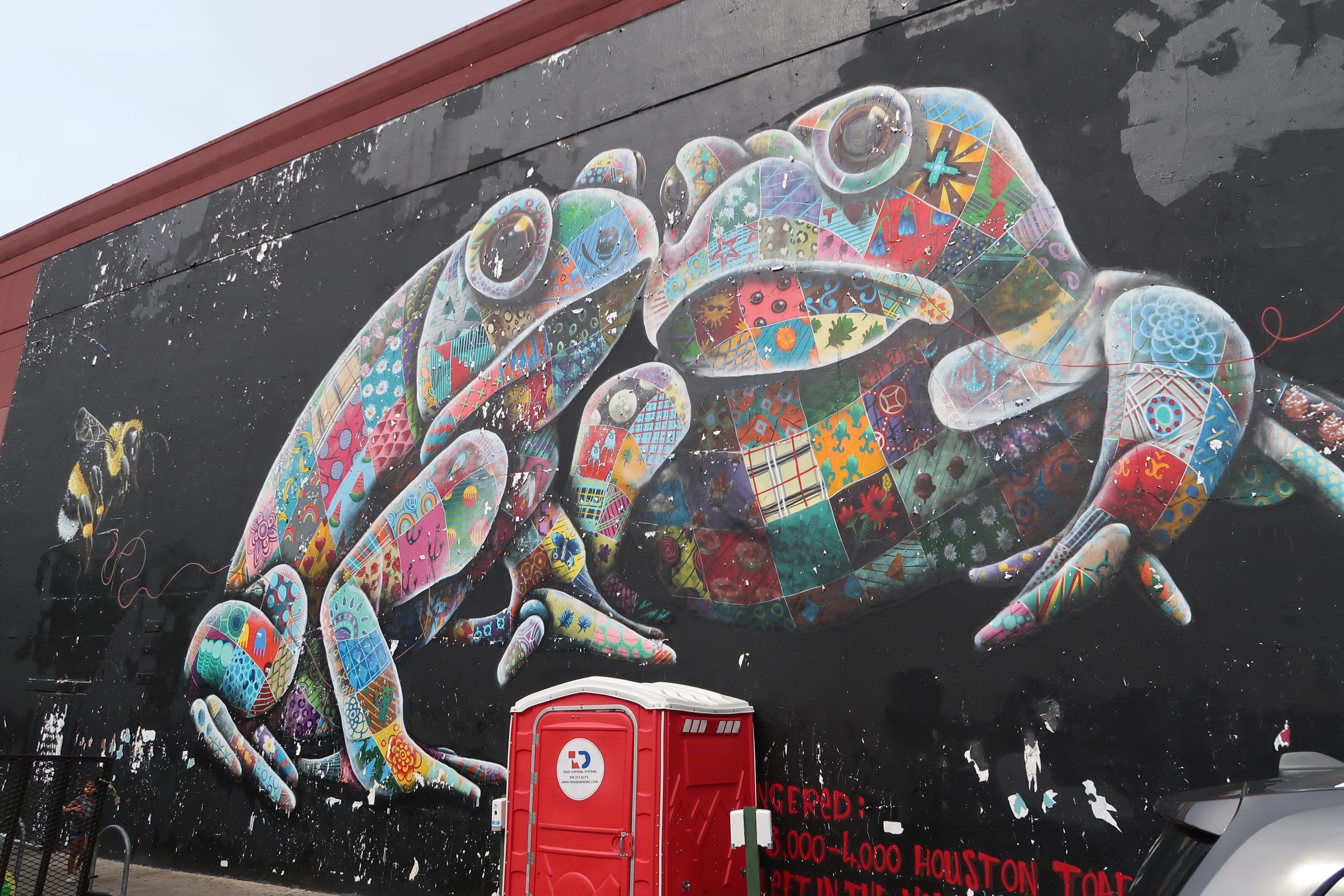 Love Will Win – Lavaca Street Between 2nd and 3rd 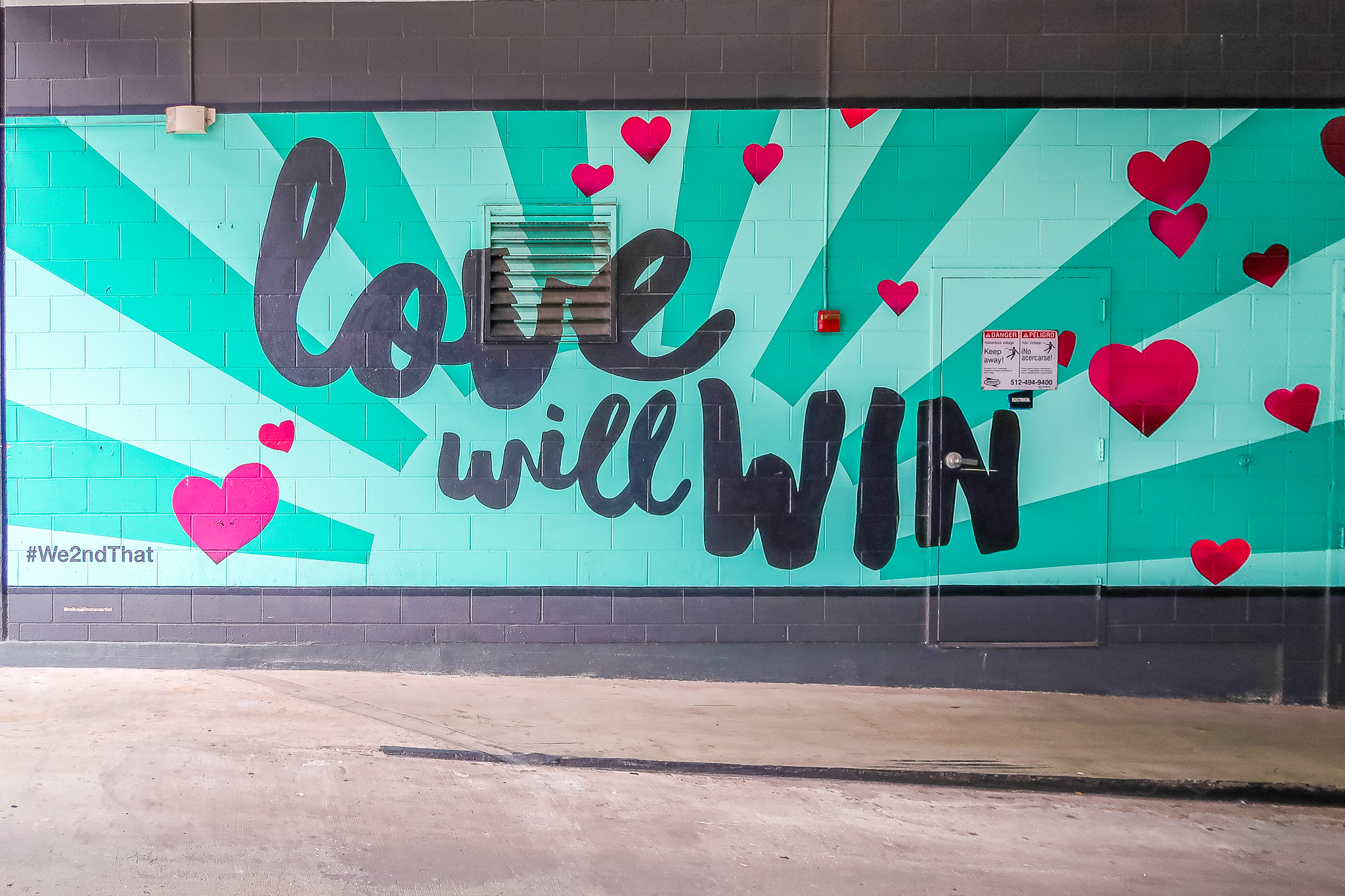 Located in downtown Austin, the colorful Howdy mural is a fairly new addition to the street art scene. The words Austin are painted over an outline of the city’s skyline and are filled with details that bring to life famous parts of Texan life. This mural is well-lit so you can even visit it at night to snap a picture! 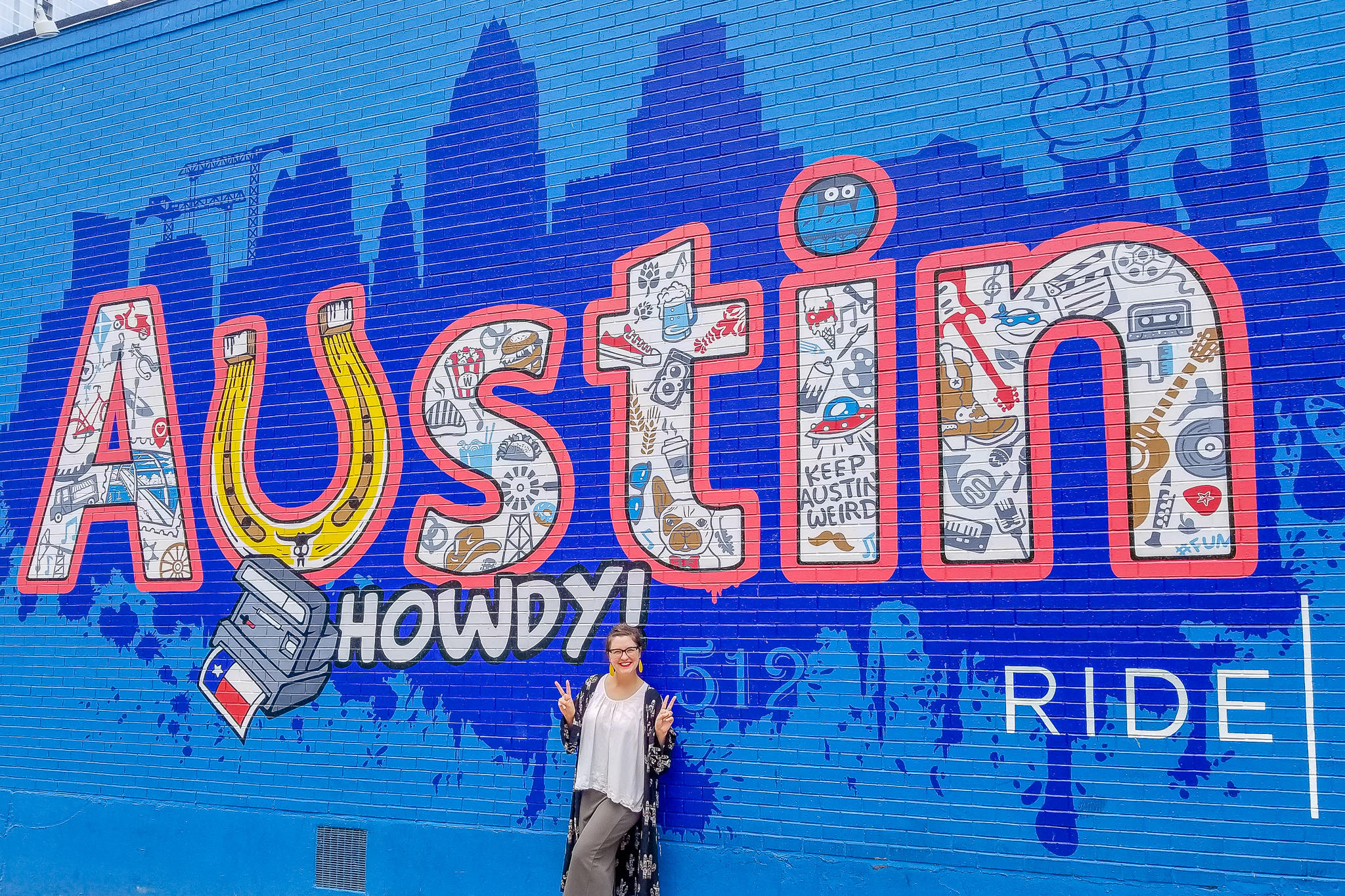 This post is a compilation of blogs originally published in October 2018, then updated in January 2021.

Did I miss any of your favorite Austin street art murals? Comment below with your suggestions!