Everything You Need to Know about Visiting the 7 Must-See Shrines and Temples in Kyoto, Japan 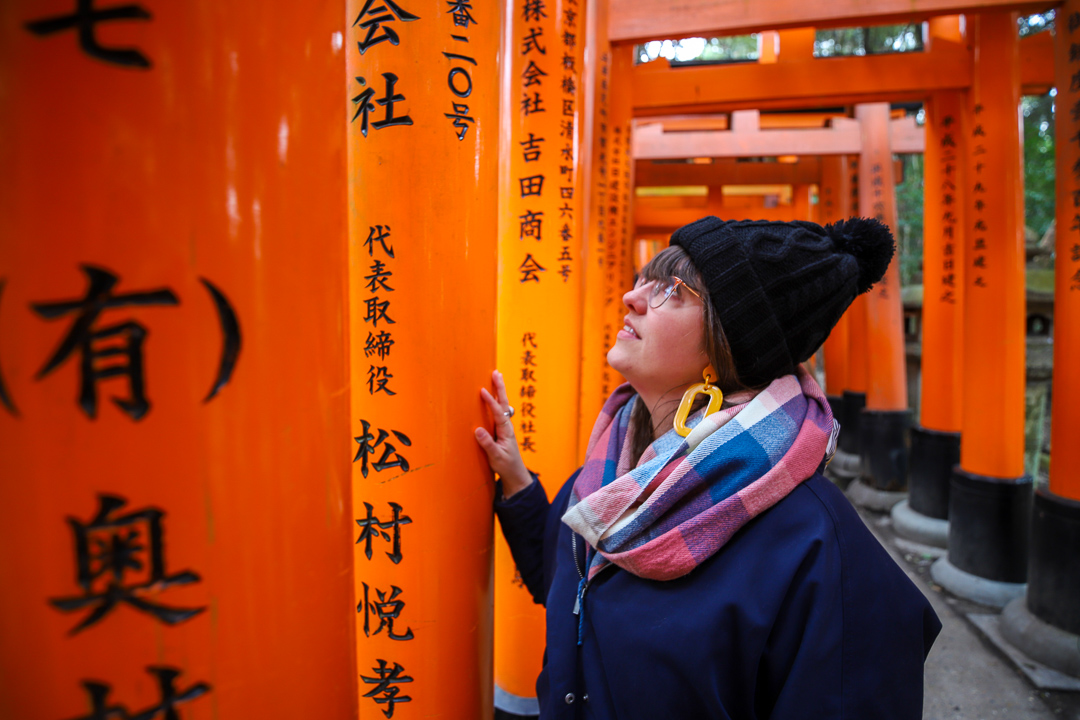 In an ancient city with more than 2,000 temples and shrines, how can you decide which of Kyoto’s Shinto and Buddhist sights you should visit? The neighborhoods surrounding Kyoto is where you’ll find the 7 Must-See Shrines and Temples in Kyoto surrounded by peaceful, spiritual oases of natural scenery.

If you’ve seen one church, you’ve seen them all, right? While that logic might work in Europe, that couldn’t be further from the truth when it comes to Buddhist Temples and Shinto Shrines in Japan. I could have spent my entire trip eating ramen and exploring spiritual sights because it is hard to get fatigued on them. Although there may be similar characteristics between the sites, each one tends to have something distinct about it that makes it exciting to visit.

Preparing for a visit to one of Kyoto’s shrines and temples can be intimidating if you have never experienced Shintoism or Buddhism before. You might be asking yourself what everything means and how to behave appropriately in one of this places. After sitting in on an Eastern religion class on Semester at Sea, Sam and I learned a lot about the practices of Shintoism and Buddhism in Japan, which were are here to share with you!

Everything You Need to Know about Shrines and Temples in Kyoto, Japan

How Shintoism and Buddhism Are Practiced in Japan

It is commonly thought by foreigners that the main “religions” in Japan are Buddhism and Shintoism. In reality, most Japanese people don’t necessarily describe them as religions, but instead as a way of life. It is more of a spiritual understanding than a religious belief, at least in the Western understanding of “religion”.

With that said, Shintoism originated indigenously in Japan. The origins are a bit mysterious as there is no human founder or written scriptures that can be traced in history. Kami (or gods) are venerated spirits who encompass a wide range of different concepts and phenomena. These include things such as rivers, trees, rocks, animals, ancestral spirits, and even concepts like growth, fertility, and production. Essentially, Kami relate back to earth’s natural elements.

In contrast, Buddhism was brought to Japan from India in the 6th century. While it follows the main tenets of mainland Asia’s zen buddhist practices, there are a few distinct differences that make the Japanese practice of Buddhism slightly different. More on that below!

If asked what their spiritual practice was, a majority of Japanese people now would probably answer that they are both Shinto and Buddhist. These spiritualities are not considered to be opposing ideologies in Japan and people treat them as guiding principles for their life and behavior. Think of it like a ritual practice and routine that Japanese people follow.

Characteristics of a Shinto Shrine

Shinto shrines are structures whose main purpose is to house one or more kami. There are millions of kami and the shrines built to them are designed to house their spirits and any sacred artifacts and objects associated with them. The shrine can consist of multiple buildings each with different purposes.

The first structure you’ll see is usually see at a shinto shrine is the Torii gate, which is almost always painted orange and are guarded by animal statues, usually a dog or fox. It signifies the transition from the mundane world to the spiritual or sacred world.

Once through the torii gate the next structure you’ll most likely find at a shinto shrine is the Chōzuya, which is where visitors take part in the ceremonial purification rite. Every shrine visitor needs to do this, so it is important that you understand the proper technique. There may be signs describing what the purification steps are near the Chōzuya but the general process goes like this:

Very important during all of this is to make sure that the water you’re using to cleanse yourself does not fall back into the water basin. There are usually grates or drains around the basin for you to dump the used water into. Otherwise just let it fall to the ground.

After cleansing yourself at the Chōzuya, you will usually come across the administrative building for the shrine. Here you can buy candles and other small religions items used for worship. All proceeds will go back to the maintenance of the shrine. There is usually a spot for small donations as well. Some of the larger shrines, such as Miyajima, may charge a small price for access to the shrine.

Proper Behavior in a Shinto Shrine

Once you’re inside the shrine premises, feel free to wander around and take in the scenic tranquility the shrine provides. They typically have a lot of nature and forested scenery. Any off limits spaces will be surrounded by gates and fences or will otherwise be closed off so feel free to explore.

Try not to be too loud or distracting as you will see other visitors who are praying. You should not take pictures of people as they are praying. You can tell who is praying because they will bow twice before the shrine, clap their hands twice, and then make another deep bow. The worshipers clap their hands twice in order to waken the kami spirit and draw its attention to themselves.

Once called the Gion Shrine, the Yasaka-jinja can be found just east of the Gion District in eastern Kyoto. Yasaka Shrine has one of the largest Torii gates in all of Japan, immediately impressing visitors. I would highly recommend visiting this shrine at night, because its special characteristic is the hundreds of paper lanterns that adorn the sides of the central building. It is mesmerizing at night to see each little lantern blowing in the wind!

Perhaps the most famous of the Kyoto Shrines, Fushimi Inari is an iconic must-visit shrine on the south side of Kyoto. Fushimi Inari gets very crowded as the day goes on, so it is important to get here as early as possible. It is pretty much open all the time, so you can get there right away after the sun comes up, which is the best time to get clean, people-free photos of the shrine.

The famous backdrop of the narrow orange shrine gates is only one small part of a much larger site that is truly beautiful. The entire shrine spans acres and acres of land! I would recommend dedicating about 2 hours walking around and photographing the whole area.

Often overlooked by tourists, this tiny shrine is tucked inside the Nishiki food market. I think this shrine is a great example of how Shinto shrines are used by average Japanese people as part of day-to-day life. If you spend a few minutes here, you’ll notice people flowing in and out with bags from the market or nearby mall. They stop in quickly for a short prayer, and then continue on with their day. It has all the elements worshippers need and expect in a Shinto shrine in a compact area with regular practitioners. 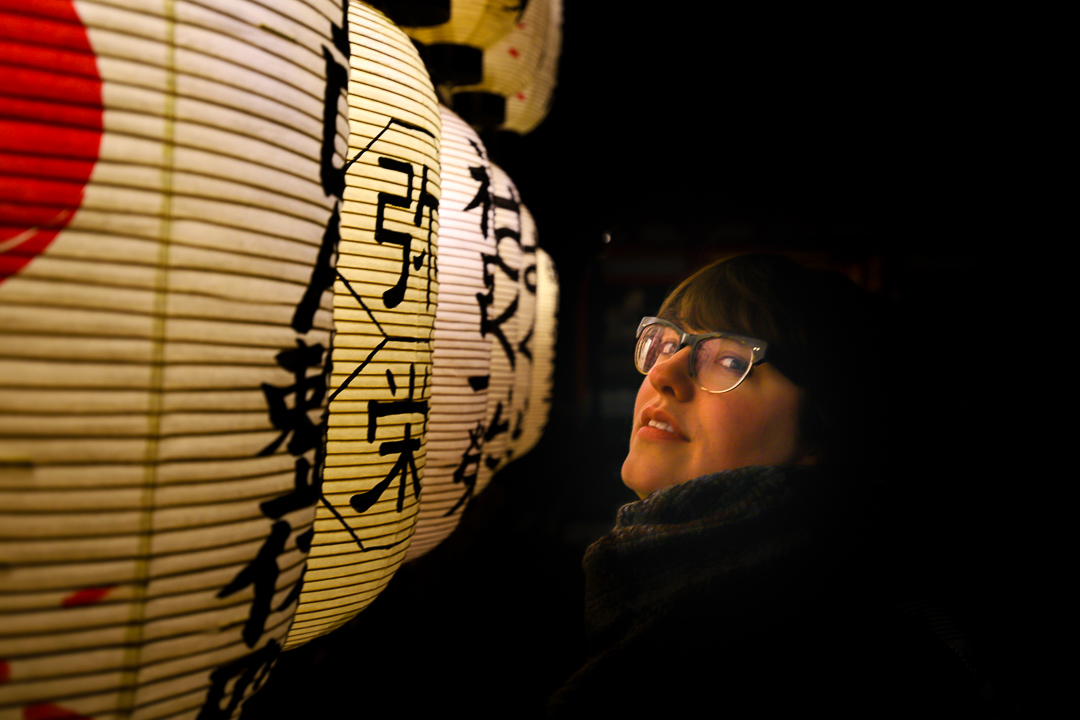 Characteristics of a Buddhist Temple

Buddhist temples in Japan are different in a few significant ways. First of all, the gate to the temple is usually much more ornate in stark contrast to the much simpler Torii gate. Also, the gates to a Buddhist temple are usually guarded by statues of muscular guardians called Nio.

There will typically be offering boxes for donations at most if not all Buddhist temples. Some of the larger, more popular temples may charge a small donation fee to enter as well. Be generous and support the temple.

The temple buildings themselves are generally quite simple in appearance from the outside. However the interior, especially the main hall with the large Buddha statue, are much more ornate and often times decked out in gold statues and other decorations. You’ll typically see monks who live in and around the temple going about their daily life throughout the grounds.

Once through the main gate, you’ll often find a large incense burner which is used for purification in a similar way the Chōzuya is used at Shinto shrines. To purify yourself, go touch or stand in the smoke of the incense. You can draw it towards yourself by gently wafting your hands in the air.

To go into the temple buildings and pavillions you will need to take your shoes off. There are generally places just outside the entrance to leave your shoes. Don’t worry about leaving them there unattended; no one is going to steal your smelly shoes. This is a very trustworthy society!

On the southeastern side of Kyoto is where you can find one of the most popular temples — Kiyomizu-dera. There are always crowds, school groups, and tourists visiting this temple, so it is best to get there early. It is perched high in the forest surrounding Kyoto, and what is really impressive about this temple is the stunning view overlooking the city. I happened to be there in the fall and the colors of the foliage were exceptionally beautiful.

Famed zen rock garden Ryoanji is located on the northern side of the city and is one the seven must-see temples in Kyoto. At quick glance, the rock garden in the main temple seems very simple but it is actually one of the pinnacle examples of dry gardening in Japan.

Performing zen arts, such as rock gardening, calligraphy, or ikebana, are meant to help focus the mind to cultivate awareness, a key skill when preparing for meditation. That is the purpose of this garden! The garden is meant to be viewed from a seated position on the veranda, at a vantage point that prevents you from seeing every one of the rocks at once. If you can see them all, it is said that you are enlightened.

As one of the most iconic Buddist Temples in Japan, Kinkaku-ji or the “Golden Pavillion” is a must-see destination in Kyoto. The gleaming building draws thousands of people every year, and there is always a crowd. I did an Instagram vs Reality story about the crowds when I visited because it cracked me up so much to see everyone jostling for the perfect photo.

I expected to be underwhelmed by Kinkaku-ji, but there is something idyllic about the way this incredible man made structure is delicately perched among the beautiful natural surroundings.

The unique feature here is the pavilion itself. Obviously it is gilded, but it is unlike others in Japan because it combines three styles of architecture into one. The bottom floor is palace style, while the second floor is designed as a samurai house, and the top floor follows the Zen temple style. It is strange mash up of times, but it has to do with how and when the pavilion was built. Spend a few minutes meandering through the rock garden behind pavilion for a more peaceful experience.

This temple might not normally be recognized as one of the must-see temples in Kyoto, but I found the grounds are quite serene with massive trees and quiet cobblestone walking paths. I visited Shunkoin as part of a Semester at Sea field program where I actually got to meditate with the head priest of the temple, Reverend Takafumi Kawakami.

This experience was so special and conducted in English, a rarity in Japan. I was able to learn about meditation from a true expert! Reverend Takafumi Kawakami greeted our group before leading us into a tatami-mat filled meditation studio where he discussed effective ways of practicing meditation and mindfulness. He then led our group through a silent meditation to show us the technique in practice. We ended the visit with a tour of the beautiful zen rock gardens onsite.

Still have concerns about visiting Shrines and Temples in Kyoto? Comment below and I can help answer your questions! 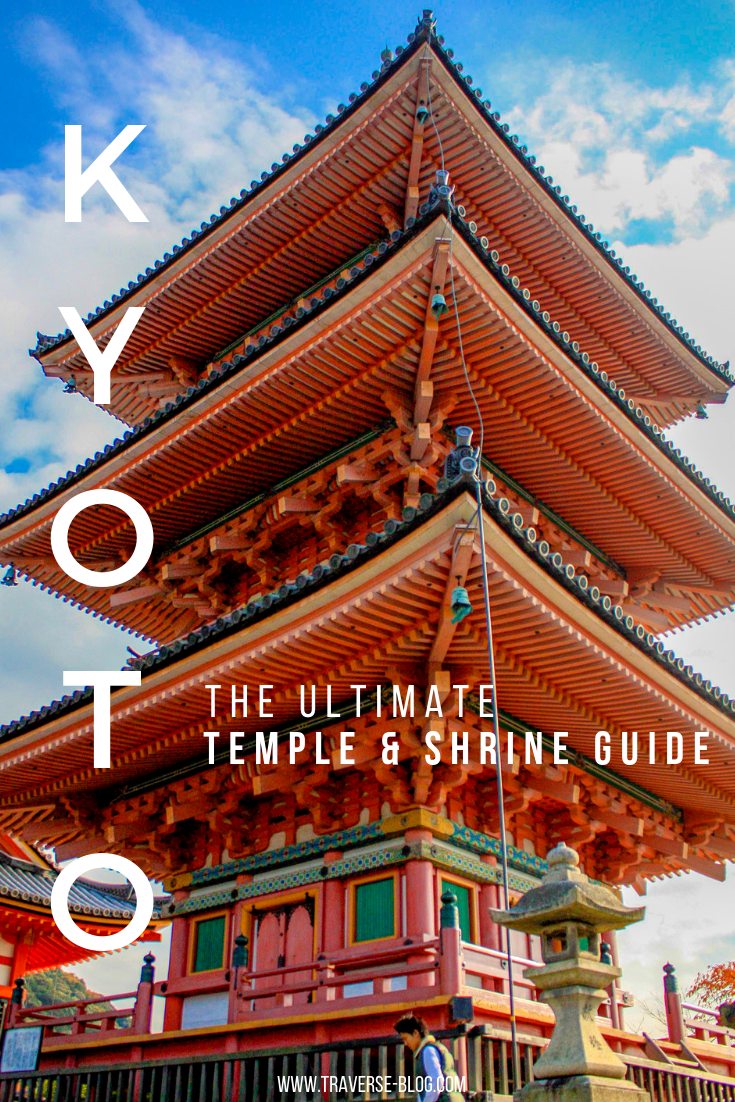