24 Hour Milwaukee Itinerary: Everything to See, Eat and Do 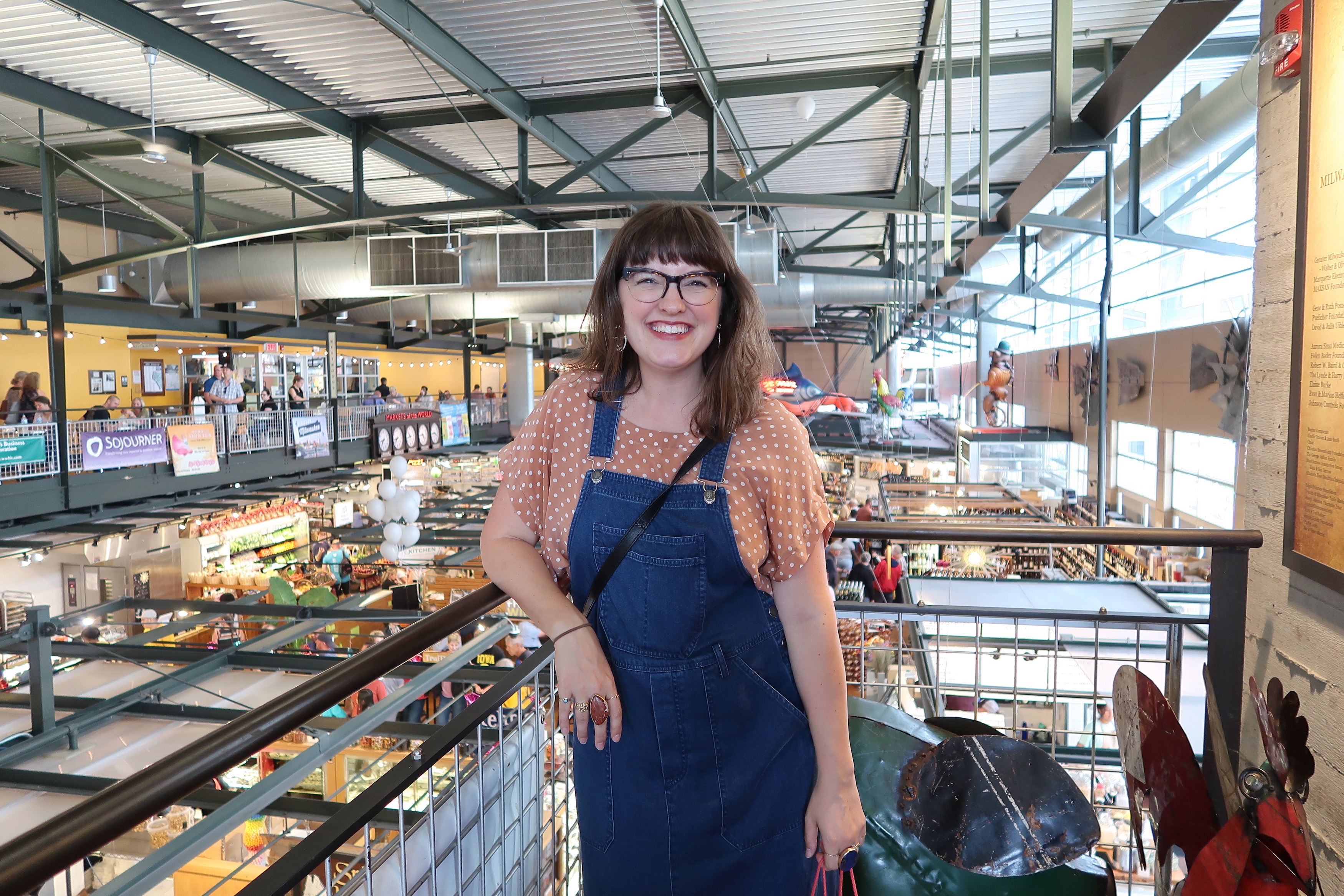 Located on the far east side of Wisconsin along Lake Michigan lies the cheese state’s largest city—Milwaukee. Thanks to its close proximity to several other cities, such as Chicago, Madison, Rockford and Green Bay, Milwaukee is an accessible day trip destination within the Midwest. I grew up outside of Milwaukee and it is a city that I’ve recently grown to really enjoy. Although 24 hours in Milwaukee will show you most of the highlights, there is plenty to explore in this city to easily fill a whole weekend trip if you have more time!

One of the things that I grew to love about Milwaukee is the sense of pride that swells in the city. It previously felt enigmatic to me, like I couldn’t identify what the vibe of the city was. But upon hearing other traveler’s impressions of the city, it clicked for me. Milwaukee is a city that embodies Midwestern culture in a humble, unpretentious way with residents that feel strongly about their identity, their city and their food but don’t need to talk about how much they love it all the time.

Milwaukee had transformed over the years since I grew up there. Like so many other cities around the midwest, Milwaukee is in the throes of urban renaissance. Naturally this development comes fraught with challenges like gentrification and displacement of low-income residents. Urban redevelopment is a massive challenge facing our society. I don’t want to sugarcoat the disruption and harm that result when neighborhoods turn over. But with urban development also comes positive changes, particularly when independently-owned businesses, boutiques and bespoke craft studios open up around the city. It is exciting to see restaurants and businesses thriving as Milwaukee redevelops the downtown neighborhoods.

What to See, Do and Eat in 1 Day in Milwaukee, Wisconsin. 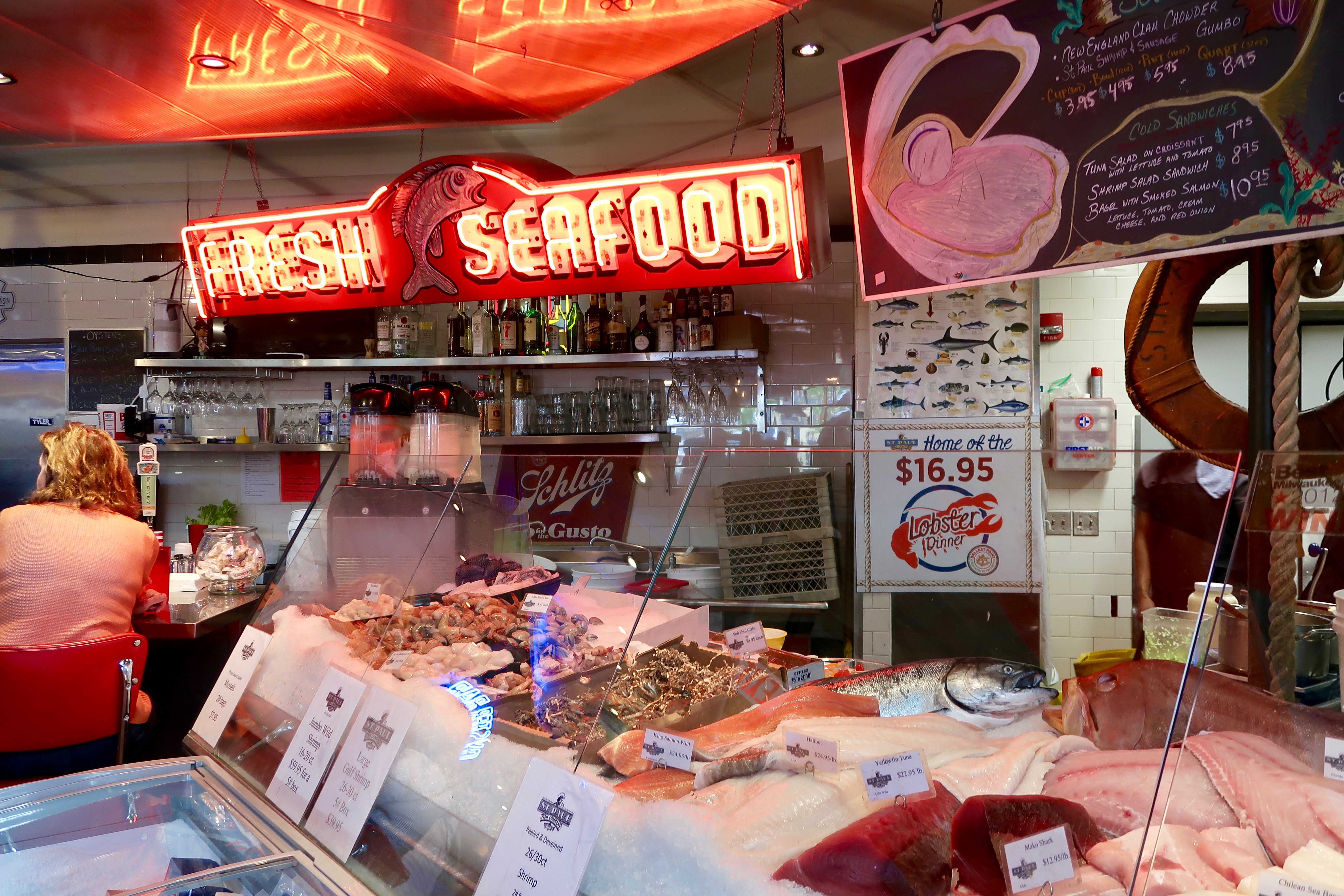 Perhaps my favorite of all the Milwaukee attractions is Milwaukee Public Market. Modeled after the highly popular public market in Seattle, Milwaukee’s year-round indoor market is housed in a cavernous industrial-style building filled with natural light to illuminate the delightful assortment of food and dessert purveyors. Ranging from fresh fish to hand-crafted chocolates, the Public Market offers a little bit of everything for every type of visitor. Wandering through the approximately 20 stalls is fun, and then you can sit down in the upper deck’s dining area to enjoy the view!. 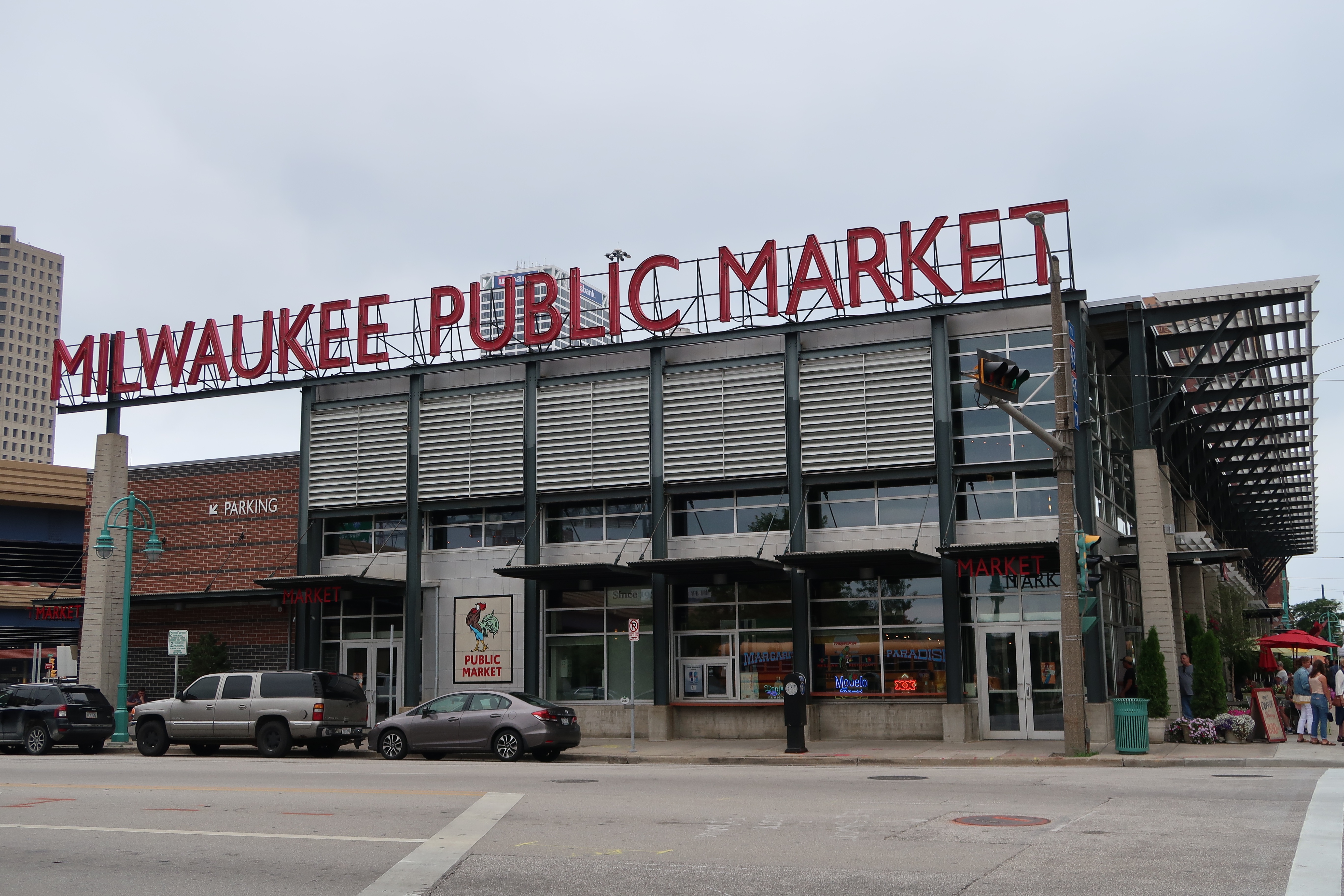 I remember when the new, now famous, section of the Milwaukee Art Museum was built, transforming the waterfront area of the city. Designed by famed architect Santiago Calatrava, the Milwaukee Art Museum has become the defacto mascot of the city thanks to it’s stunning bird-like facade with retractable “wings” that open twice daily. This building is something special—the first time I saw the wings open, I was absolutely amazed. They are delicate looking, but then you get up close to appreciate the true size of these massive wings. Once inside the beauty doesn’t stop. The interior atrium of the Milwaukee Art Museum is almost as striking as the outside with its dizzying white lines and unique shapes, and it is free to go in! There is a permanent collection as well as rotating exhibits to enjoy during your visit. 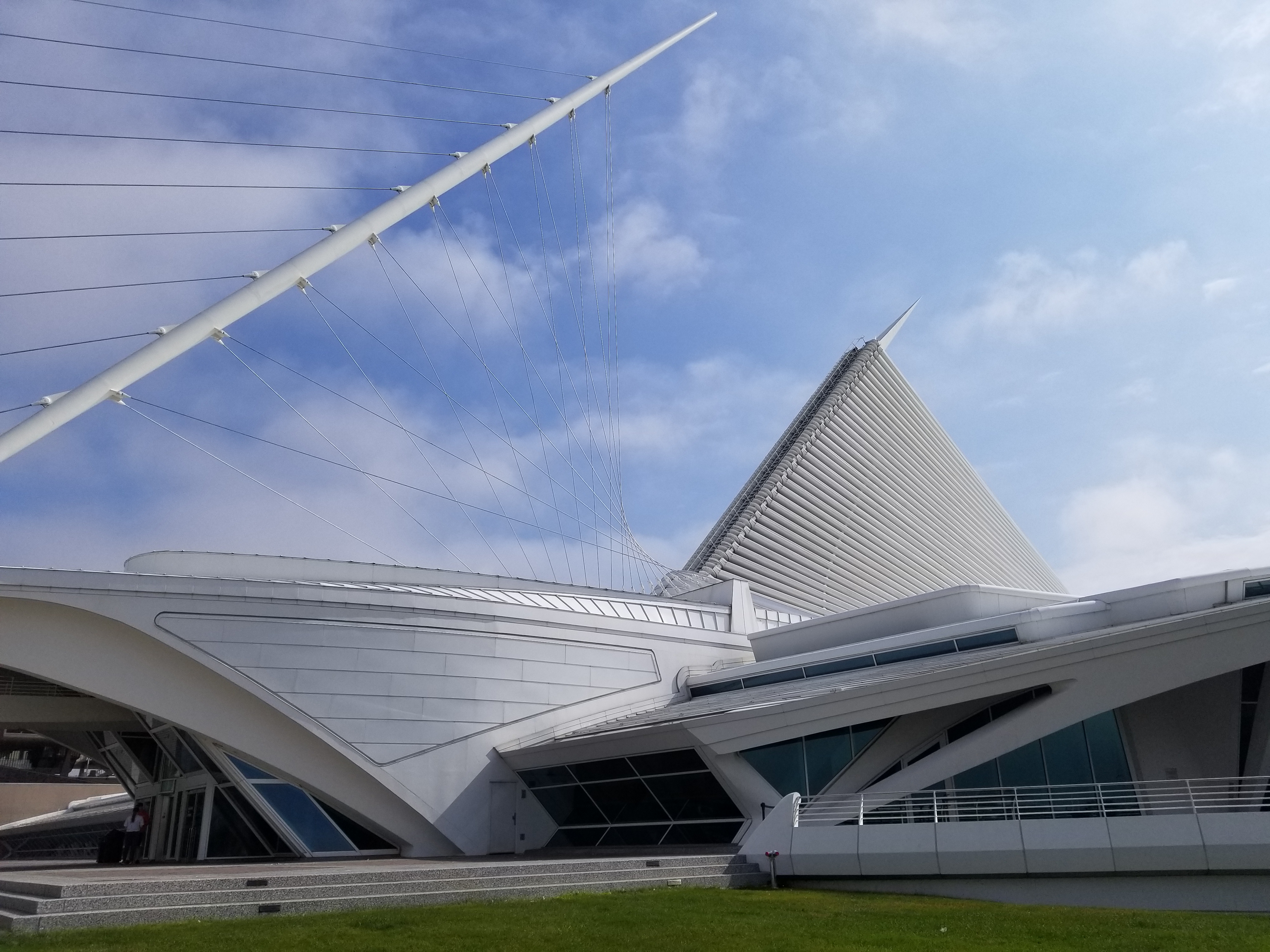 Thanks to a government-funded large-scale redevelopment of the Milwaukee riverfront, the pedestrian friendly riverwalk has recently connected its northern and southern branches offering nearly 3 miles of walkway in the heart of the city. Backing up onto apartments, parks and restaurants, I would recommend walking along at least one stretch of the riverwalk during a visit to Milwaukee because it is a beautiful and scenic part of the city. 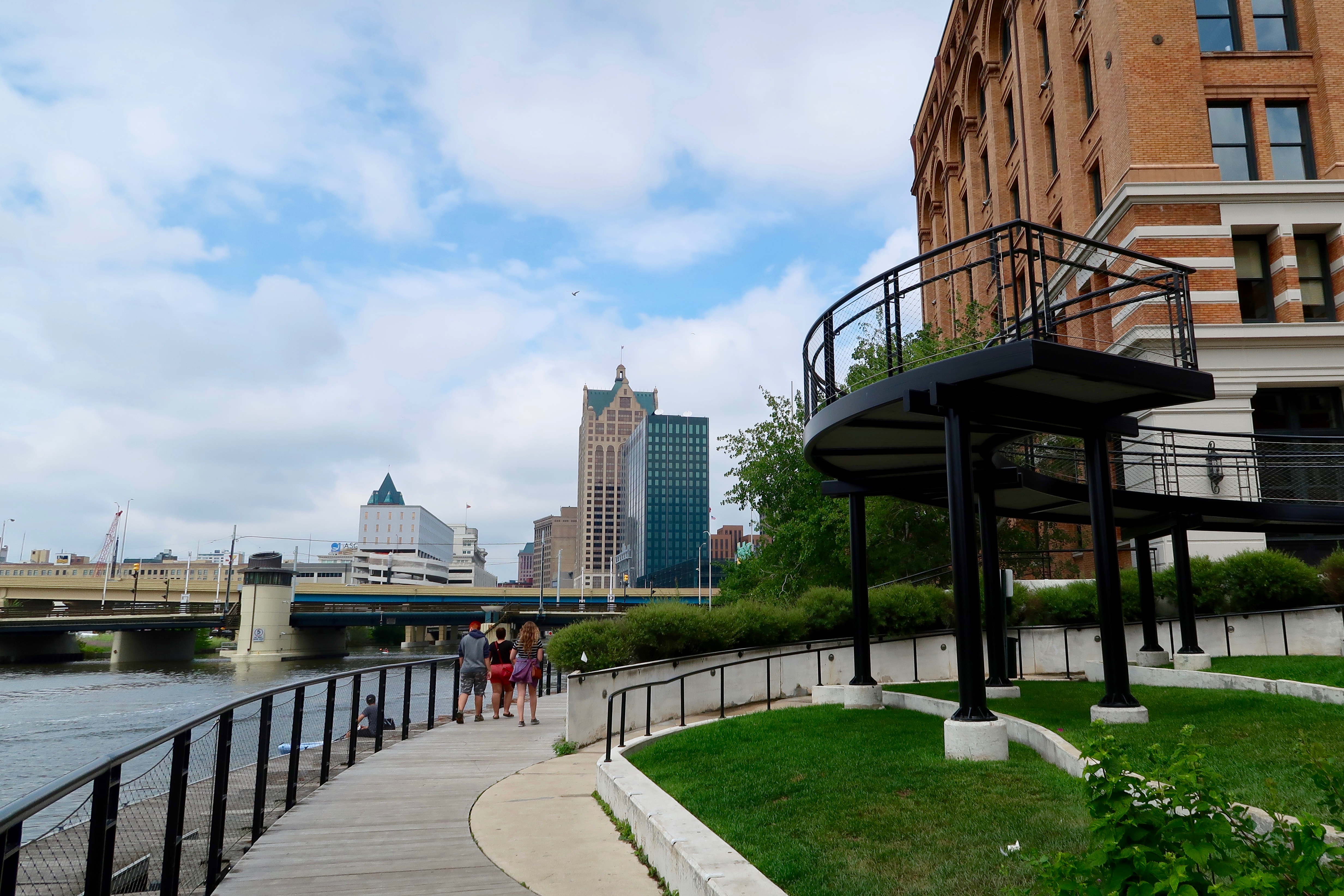 One of the most iconic neighborhoods in Milwaukee is the Third Ward, just south of downtown and east of the river. Once home to the warehouse district of the city, the Third Ward now sits on the pulse of the city’s food and restaurant culture, along with a variety of high-end boutiques and shops. If there was a self-described “trendy” neighborhood in Milwaukee, this would be it! You could spend hours window shopping in the Third Ward with local favorites like the plant & home decor focused ModGen, high-end men’s boutique Mil Works, the always Instagrammable Broadway Paper, and local shoe purveyor Shoo.

One of the proudest parts of Milwaukee history is beer brewing (the baseball team is even named after it!) and no day trip to Milwaukee would be complete without at least one beer related stop. There are lots of places to try beer in the city, from tap rooms to bars to breweries. If you are looking for a brewery tour, Lakefront Brewing and Milwaukee Brewing Company both offer fun and engaging tours of their breweries with beers included in the ticket price. If you’re more of a taproom fan, definitely check out MobCraft, a small craft brewery that creates their beer flavors based on community-suggested recipes. 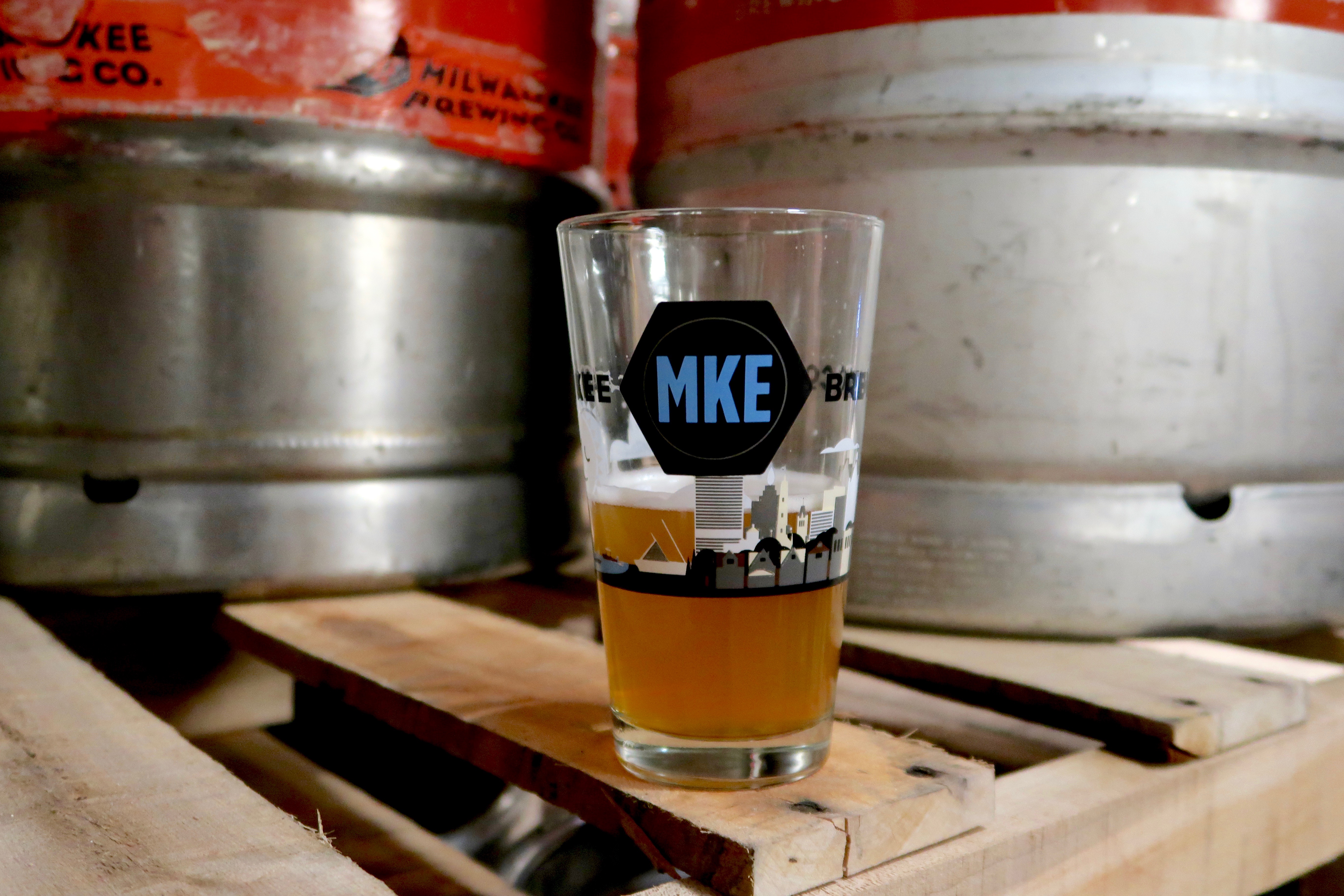 Sconnies, a shortened name for Wisconsinites, love to eat and Milwaukee is one of the best cities in the state to enjoy a good meal. There is a diverse selection of eateries from food trucks and fast casual spots to high end James Beard winners. A few highlights I would recommend include Purple Door Ice Cream for a delicious scoop of Wisconsin dairy ice cream, Sweet Diner for a yummy brunch, Drink Wisconsibly for standard Wisco food, DanDan for hip Chinese food or Movida for modern Spanish tapas. 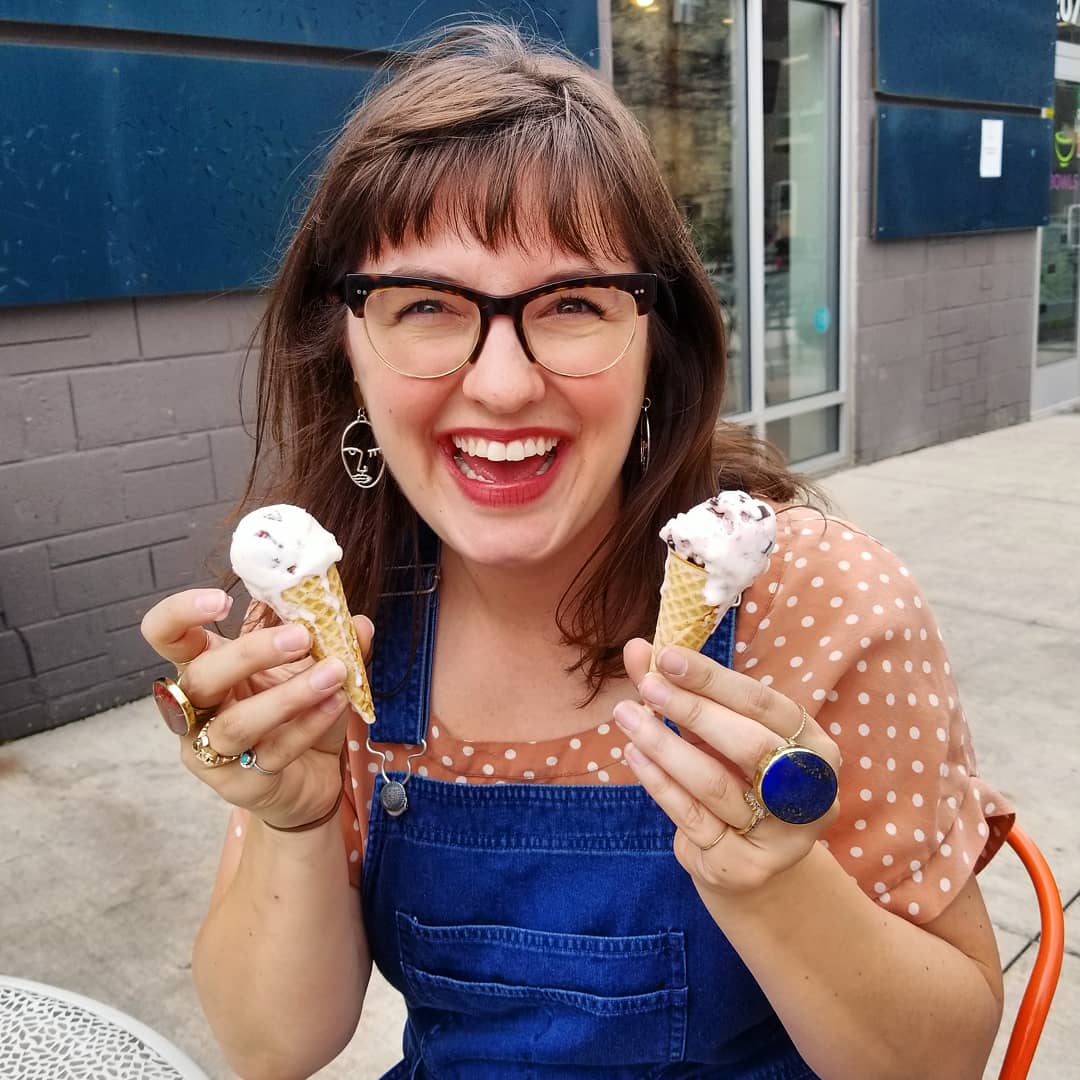 What You Need to Know

Getting In and Out

Well-connected to its much larger neighbor to the south, Milwaukee is an easy day trip from Chicago thanks to the Hiawatha Amtrak train. For about $50 roundtrip, you can have a comfortable seat on the train and arrive at the centrally located (and recently renovated) downtown Milwaukee terminal.

If you are coming from Madison and want to opt for public transportation, the easy-to-use Badger Bus costs about $50 for a roundtrip ticket, picking up at a few stops in Madison and dropping off in downtown Milwaukee. 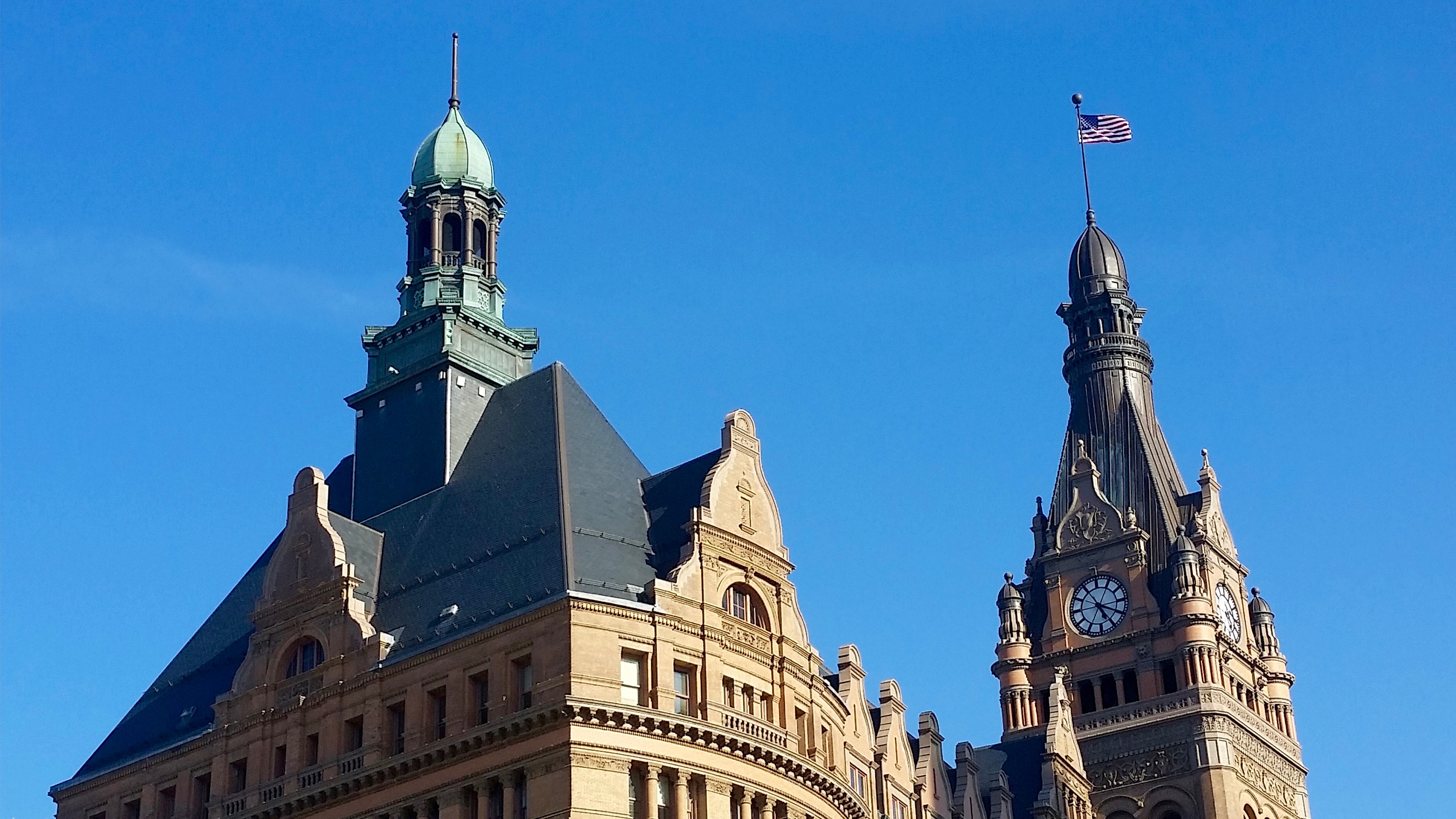 Public transportation in Milwaukee is still on the rise. Buses are available, but don’t run as frequently or as widely as you might hope. A recently opened streetcar (called The Hop) connects the downtown area with stops at a majority of well-known hotspots listed below. This semi-controversial new development sparks a lot of heated debate among locals, but it is a beautiful and modern form of transportation for visitors. Walking or ride sharing are your best options for getting around if you want something timely and direct, or you can opt for the local bike-share program Bublr. 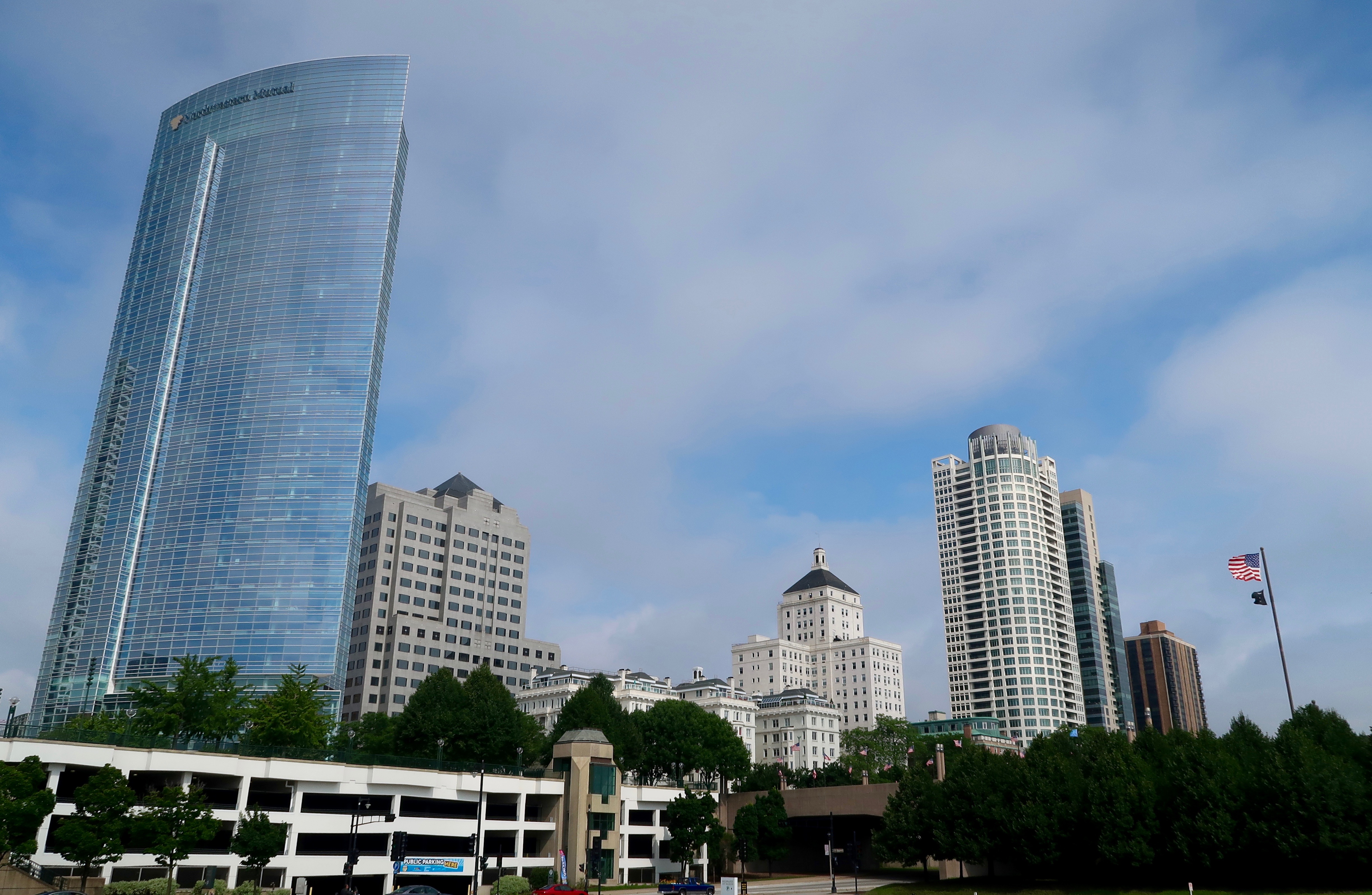 Costs of Traveling in Milwaukee

Milwaukee’s cost of living is comparable to most of the neighboring cities with one noticeable exception—alcohol. In my experience, beer and alcohol is much cheaper in Milwaukee so if you’re looking for a night out, you will probably find yourself saving a few bucks on your drink of choice. 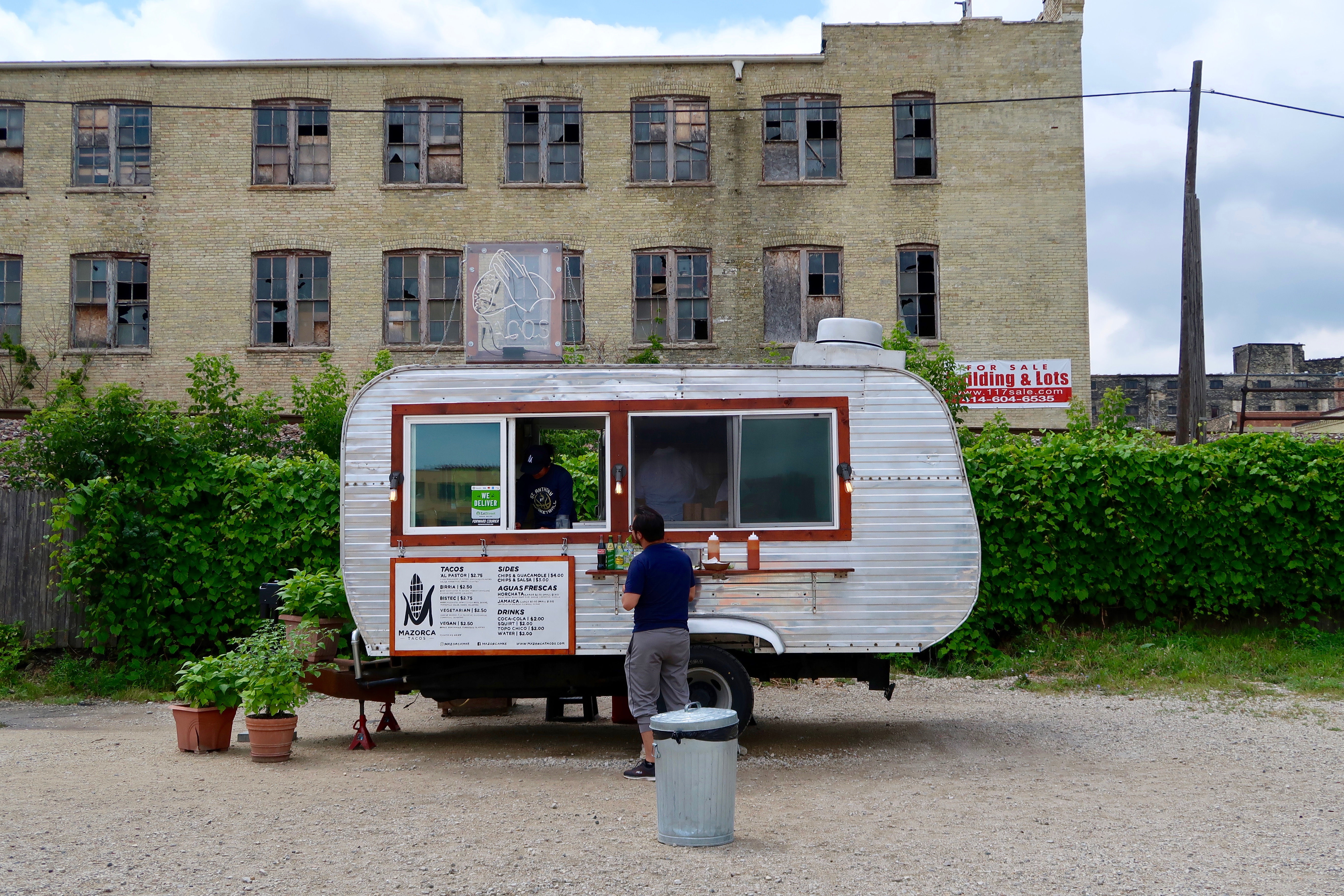 How to Spend 48 Hours in Madison, Wisconsin Like A Local

Spend 2 perfect days in Madison, Wisconsin with this helpful itinerary created by a local resident. In 48 hours, you’ll see the best attractions and discover hidden gems in Madison.

END_OF_DOCUMENT_TOKEN_TO_BE_REPLACED

Where to Eat in Madison, Wisconsin for Foodies

There isn’t more food focused city in Wisconsin than Madison. From the massive weekly farmer’s market to an incredible assortment of locally owned restaurants, Madison is a foodie’s paradise! This is the city that taught me how to be a foodie. I summarize all my favorite restaurants in this quintessential Madison restaurant guide.

END_OF_DOCUMENT_TOKEN_TO_BE_REPLACED

24 Hour Milwaukee Itinerary: Everything to See, Eat and Do

How to spend 24 Hours in Milwaukee like a local. This 1 day itinerary and travel guide will make sure you see, eat and do all the very best things in Milwaukee, Wisconsin.