When I headed out on my visit to Kansas City, I must admit that I knew almost nothing about the history of Kansas. I have visited Kansas City several times over the last few years, but I never bothered to learn much about its history. Kansas is a state that I often overlooked, assuming the local history mirrored that of the other Midwestern states—dominant influence of farming, white culture and small town life.

I studied history during my undergraduate studies and as such, history of one of those things that I always seek out when I travel. Stories of the past tell us so much about a place and its culture, shaping how we experience these destinations today! Kansas City’s history is no different in the way that it permeates through the modern pulse of life.

From Lewis and Clark’s expedition to Native American disenfranchisement to the underground railroad, Kansas City Kansas has a far more complete complex history than I imagined prior to my visit. Filled with stories of intersectionality and resilience, I am so happy I took a history tour of KCK because it now frames the way that I think about Kansas, giving me a far more rich and nuanced understanding of this surprising US state.

Keep reading to see the seven historic stops I recommend visiting during your next trip in Kansas City Kansas!

Note: This post was created in collaboration with Visit Kansas City Kansas who sponsored my visit to Kansas City.

In June 1804, Lewis and Clark arrived at Kaw Mouth, a river confluence where the Kansas River runs into the Missouri River, which is now memorialized by a beautiful 10 acre park at Kaw Point. Lewis and Clark stayed in this area for a few days as they collected materials and supplies for their journey west, and today the park offers a beautiful view over the Kansas City Missouri skyline. This public space is quite beautiful, hosting a number of annual events and serving as a trailhead for easy hiking and biking along the rivers.

For historic stop number two, you will learn about the complicated and often tragic history of the Wyandot Nation of Native Americans in Kansas at the National Wyandot Burial Grounds in central Kansas City. Established in approximately 1843 after the Wyandot arrived in Kansas from Ohio via forced removal, this burial ground has been a near constant source of controversy since its founding. The sacred burial grounds have faced threats of forced development, hostile takeover, hate crimes and defilement over its history. When you walk around this burial ground, you can feel the energy and resilience in this place, especially when coupled with an oral history tour by local Wyandot leaders.

I strongly recommend getting a tour of the grounds from local Wyandot leaders who can explain the full history of this area, but if you’re in a rush, this article from local NPR station offers a pretty good summary. Within the last decade, the grounds have been added to the national historic registry which should prevent it from further threats in the future. Regardless of the ground’s protected status, this historic site is a reminder of the long and often forgotten struggles of marginalized communities like the Wyandot. I felt happy and proud to be taken to this site where my eyes were opened to an important chapter of Kansas history.

One of the most fascinating parts of Kansas history that I learned on my visit to Kansas City was the story of Quindaro. The town of Quindaro was founded in 1856 by Abelard Guthrie who named the town for his Wyandot Native American wife, Nancy Quindaro Brown, as a port of entry for immigrants coming into Kansas. It became important station on the Underground Railroad with slaves escaping using small ferries to cross the river into the free state of Kansas.

After the Civil War, Quindaro continued to make history when it founded Western University, the earliest school for African Americans west of the Mississippi River. Western University was the only black college to ever to operate in the state of Kansas and it educated the children of escaped slaves and black families that had begun to settle in the area.

All of this fascinating history is told at the Quindaro Ruins and Museum, which is the only African American Museum in Wyandotte County. The museum is by appointment only, and honestly, the museum is in rough shape. It is a clear example of the continued lack of government funding dedicated to celebrating black history in this country. The museum is almost entirely funded by donors, but the ruins and museum were recently granted historical heritage status, which should lead to further funding and restoration work.

When Kansas joined the Union in January 1861, they became the newest US state before the outbreak of the Civil War. The state joined the union as a free state, formally rejecting slavery by popular vote, despite the fact that neighboring state Missouri was a slave state. Because of this, Kansas became a popular destination for fleeing slaves on the Underground Railroad particularly in the Quindaro region. Housed in the historic Vernon Multi-Purpose Center and school, the Underground Railroad Museum of Kansas City has artifacts and documents that tell the story of the integral role that the town and people of Quindaro played in American Civil Rights history. Be sure to meet museum curator and owner Luther who can give you in-depth stories and analysis of this interesting part of Kansas history.

For historic stop number 5, you will visit Grinter Place, the oldest home in Wyandotte County dating back to 1857. This beautiful farmstead overlooking the Kansas River was the home to Annie and Moses Grinter. The guided tour of this home was the highlight of my history experiences in Kansas City, thanks to lively local historian Bill Nicks, who reenacts the life of Annie and Moses for visitors. His vibrant personality helps make the history engaging and his witty humor keeps you laughing throughout the tour of the Grinter Home. Excellently preserved, this museum will give you a window into life in Kansas during the late 1800s with a variety of artifacts to explore.

Wyandotte County, the county where Kansas City is located, is full of interesting history which you can discover at the small but mighty Wyandotte County historical museum. Tucked into a quiet corner of a large park, you will see exhibits about the Wyandot nation, as well as other Native American tribes that have lived in this area over the years. You can see a turn-of-the-century fire truck and stories of the local fire department. During my visit, they even had a special Wizard of Oz exhibit featuring a collection of memorabilia from as early as the 1900s!

If you have ever been interested in the history of farming and agriculture in the US, then this is the museum for you! The National Agriculture Hall of Fame features all sorts of artifacts and historical examples of the progress we’ve seen in farming over the last 200 years in the United States. Hundreds of old farm machines and equipment can be seen as well as an “old world historical center” which shows how farming life in Kansas used to look, complete with a blacksmith, one-room school house, historic home and more! It is definitely more a niche museum, but would be great for families with children since a lot of the exhibits are quite hands-on.

What I thoroughly enjoyed about discovering Kansas City’s history is the depth and breadth of time periods and perspectives we explored. I never knew the stories of black history in Kansas or the resilient stories of the Wyandot people, leaving me thankful that Visit Kansas City Kansas incorporated these small but important museums into our itinerary. I hope this historic tour guide of Kansas City will help inspire you to do the same! 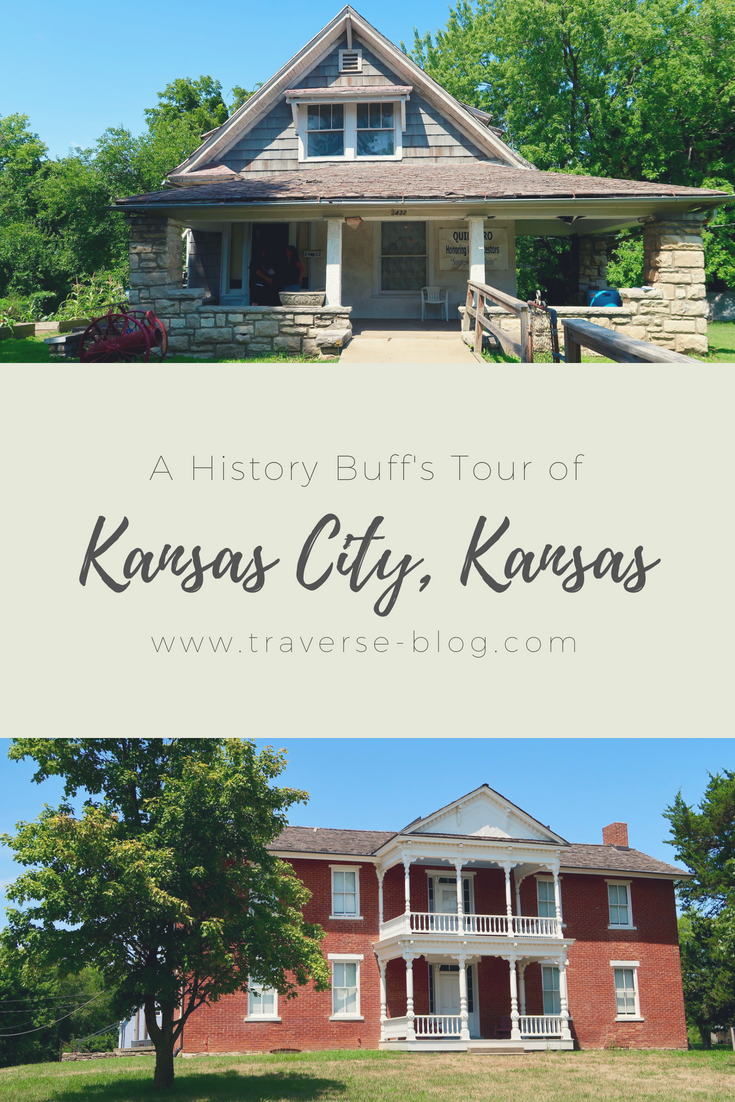