The Best Restaurants in Dallas, Texas for Foodies

This post was originally published in February 2018, and was updated in Jan 2020 and June 2021 after more visits to Dallas. 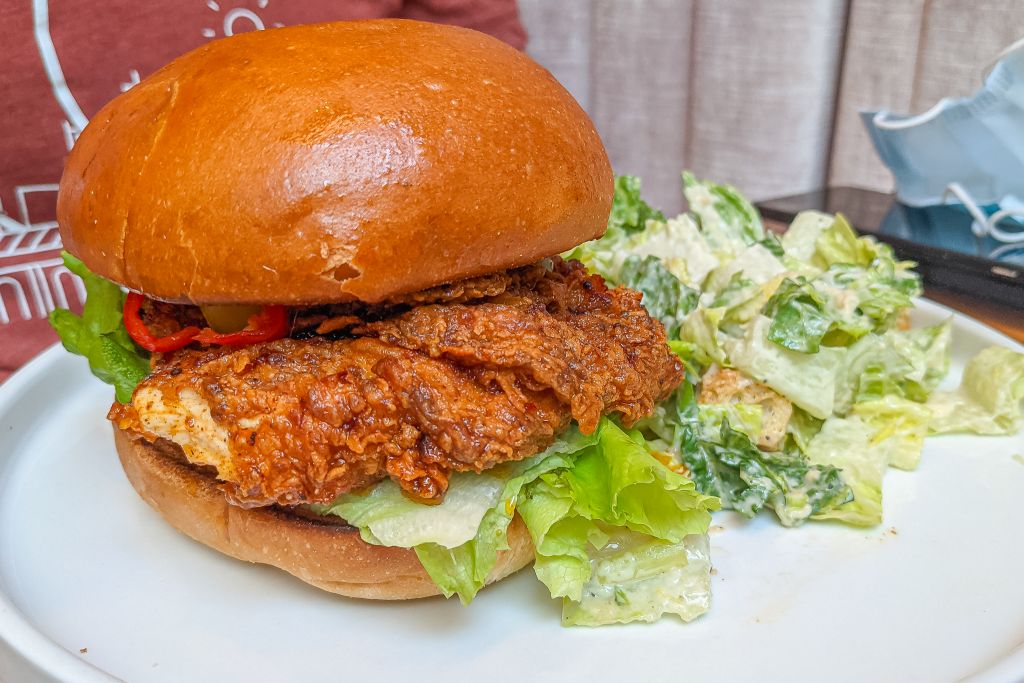 When you think of foodie travel destinations in the United States, Dallas Texas doesn’t typically appear on the list. Dallas doesn’t really have a foodie reputation, often seen as a lesser culinary juggernaut than its southern neighbor of Austin. You’ll typically see Dallas’s culinary scene described as “up-and-coming” without many restaurants of note. I think this assessment might be incorrect.

I found that Dallas’s restaurant scene isn’t up ‘and coming—it is up! There will be more and more delicious options opening up as the city continues to try to attract newcomers from California and big companies move to town. During my last three visits to Dallas, there were lots of great restaurant options to choose from. I think the Dallas food scene is wholly underrated! With a little bit of effort to find the gems, there are plenty of delightful restaurants, bars and cafes to explore in Dallas, Texas. 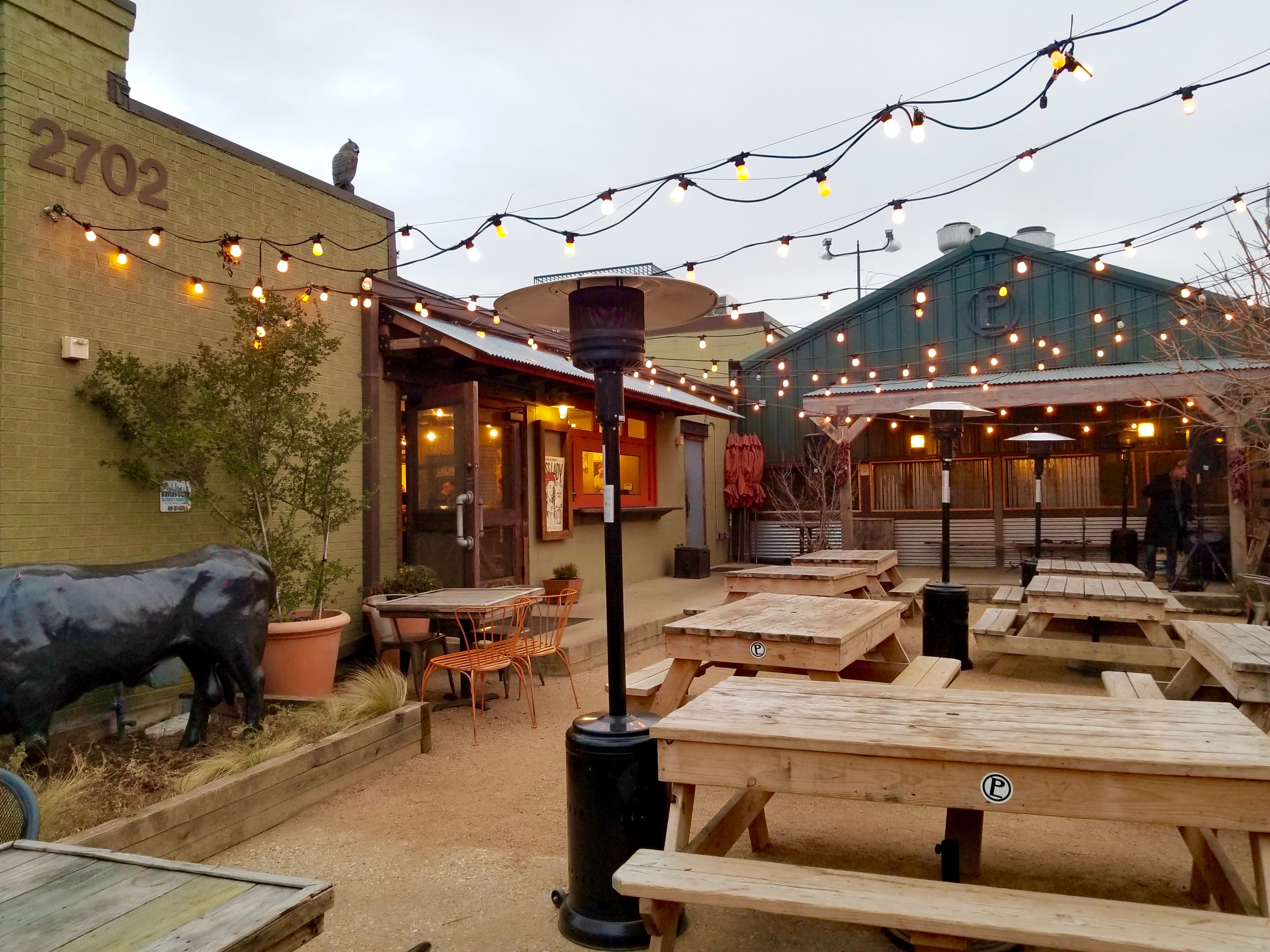 If you’re exploring the arts district in downtown Dallas, a wonderful lunch restaurant in the area is Sloane’s Corner. Serving upscale New American cuisine prepared to perfection, you’ll find a menu full of healthy (and not so healthy) favorites like cesar salad, fried chicken sandwich and crab cakes. If you’re in the mood for a cocktail, their drink list is on point. The light-filled interior is clad in a beautiful wood paneling and decorated to perfection. This feels like a classy spot to grab a bite in between museum visits. 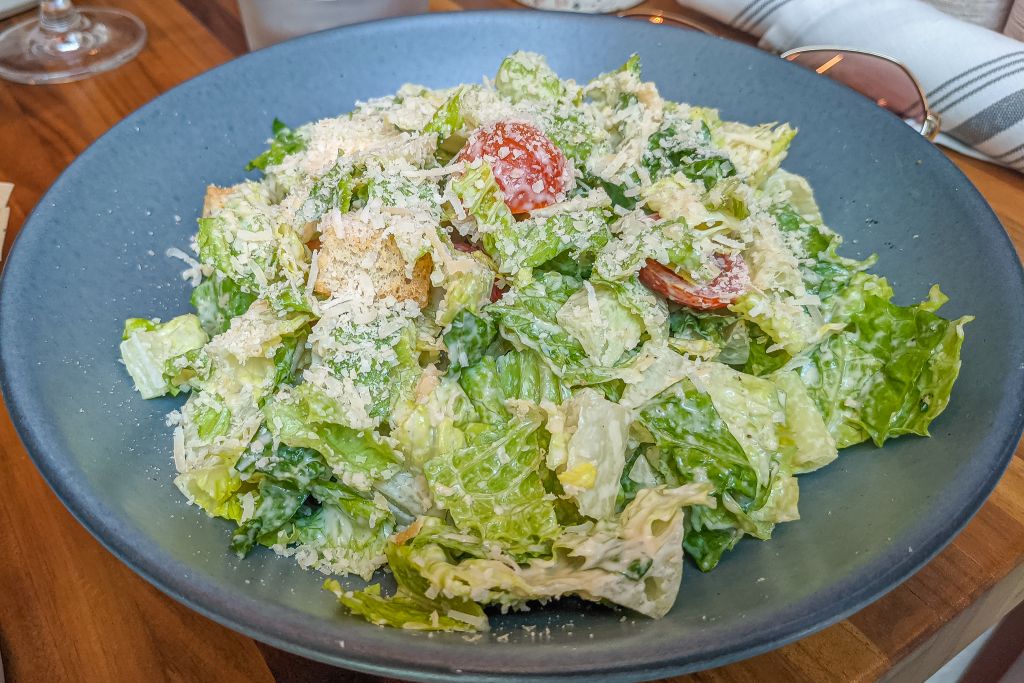 In a controversial renovation, the Dallas Farmer’s market and surrounding neighborhood recently underwent a massive multi-million facelift. It now resembles a modern, sprawling market like the Public Market in Seattle or Milwaukee with several buildings including a food hall, a covered Shed, and an outdoor community space. Despite complaints I had read online about the renovation, I really enjoyed my visit to DFM. We went on Saturday to find the Shed full of local food, meat and cheese vendors, and I ate some DELICIOUS food inside the year-round market space. With live music and nitro cold brew options abound, it seems as though this part of town is in the throws of gentrification and it is actively redefining what the Dallas Farmer’s market is. 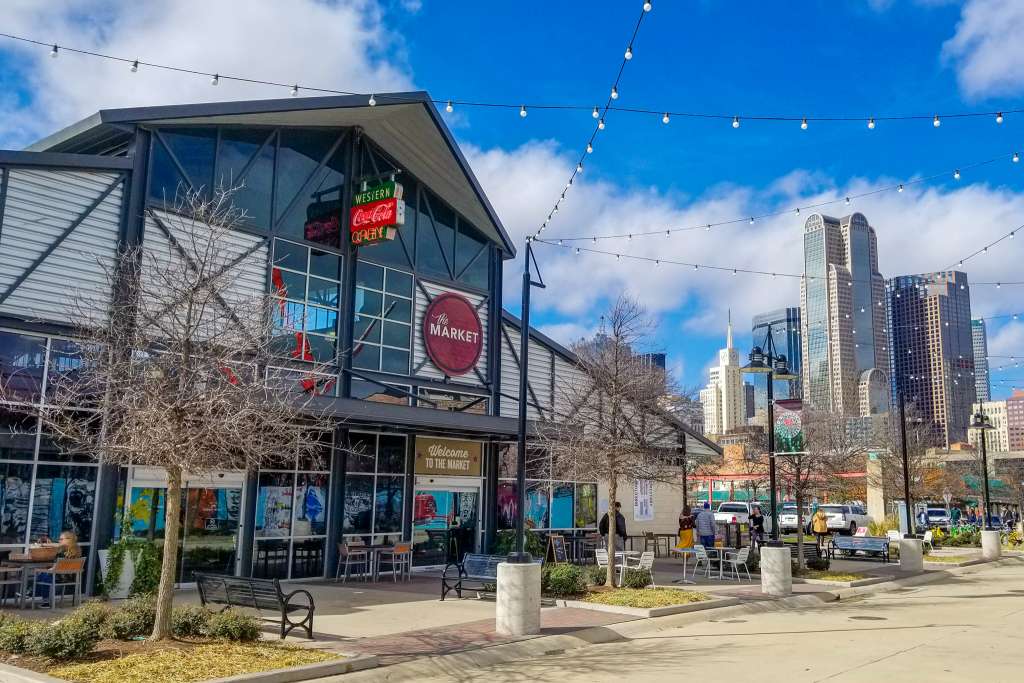 Every Texan will have a different suggestion of their favorite BBQ place so if you’re a meat lover, I would recommend trying a few different barbecue restaurants during your visit to Dallas. My father-in-law loves Off the Bone, an under-the-radar contender for best in Dallas. This hole in the wall joint south of downtown serves up pecan-smoked cuts like brisket or ribs that do exactly as the namesake says. Their sides are also on-point — I still dream about that mac n’ cheese “con queso”.

What to Do with2 Days in Dallas

No trip to Texas would be complete without some BBQ. It is essential eating in the Lone Star State! One of my favorite spots for barbecue in Dallas is Lockhart Smokehouse, with locations in Plano, Arlington and Bishop Arts District. This BBQ joint offers all the favorites you’d expect, from ribs to sides. Brisket is a standard order in Texas, and at Lockhart you can get the dry or wet brisket depending on your mood. My mouth just started watering thinking about the incredible jalapeño pork sausages and rich & creamy mac and cheese. Don’t miss out on the baked beans either! 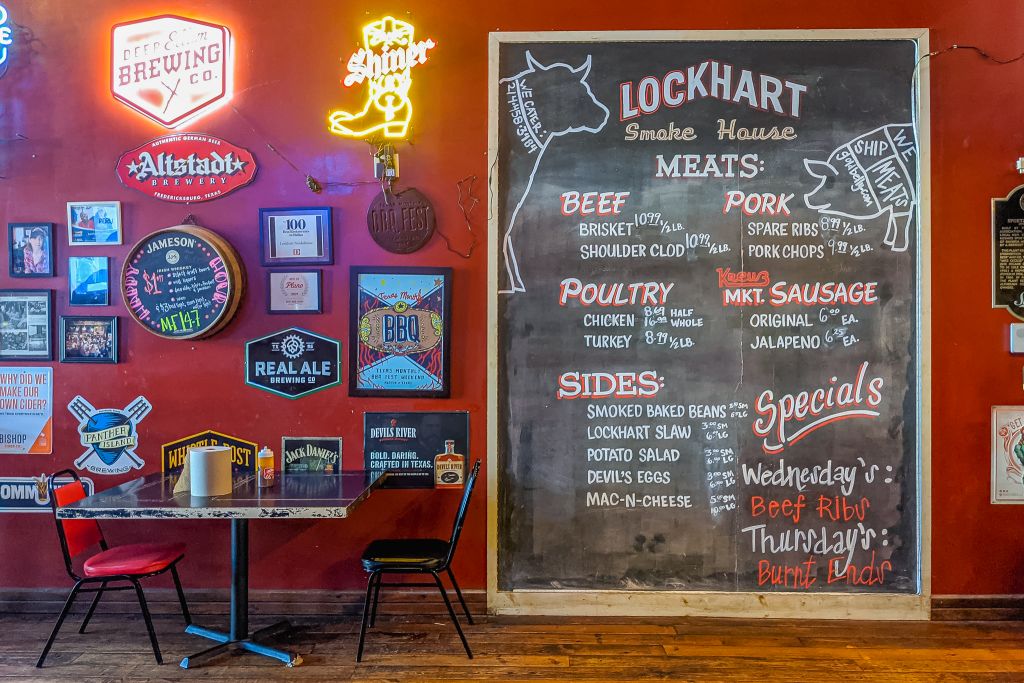 Another popular BBQ joint, Katy Trail Ice House makes their BBQ fresh each day and sells until it runs out. You have to get here pretty early to sample their sliced brisket! Both of their locations have massive beer gardens where you can see the smoking process in action. Definitely get an order (or 2 or 3 orders) of the brisket nachos — they are delightfully good.

Oh.my.god. Go to Javier’s. Please, I beg you. This gourmet Mexican cantina is SO DELICIOUS and after 2 years of living in Germany with almost no access to good Mexican cuisine, this place really hit the spot. The traditionally decorated dining rooms sprawl out as the staff weaves their way around the packed tables. A reservation is usually required. The menu features traditional dishes like chicken mole, mayan-style pork or fresh seafood ceviche, but you’ll also find some creative (and wonderful) creations like the Chihuahua cheese stuffed filet mignon or garlic braised Red Snapper. Their extensive tequila and mezcal list will keep you happily hydrated and leaving with a nice Margarita buzz.

For authentic street tacos in Dallas, look no further than the no-frills walk up window at Taqueria El Si Hay. You will almost always find a line at this cash-only spot because the tacos are just that good. It has a loyal local following! The menu is simple, with the classic Mexican options you’d expect like Al Pastor, Fajita and Lengua. The tacos are all to-go and come topped with cilantro, onion and lime. I can almost guarantee you won’t be walking far before chowing down on these delightfully delicious tacos.

In the land of Tex-Mex, it can be surprisingly challenging to find good, true Mexican food. Taqueria La Ventana solves that problem with their street style tacos which could be straight off a corner vendor stall in Mexico City. At a couple bucks a piece, the price is just right. I would recommend opting for multiple flavors like lengua, barbacoa, or carnitas. The meat is juicy and flavorful, but the tortilla is the real star of the show. Like any good Mexican spot, there are several sauce options which you can use to top of your tacos to your taste. 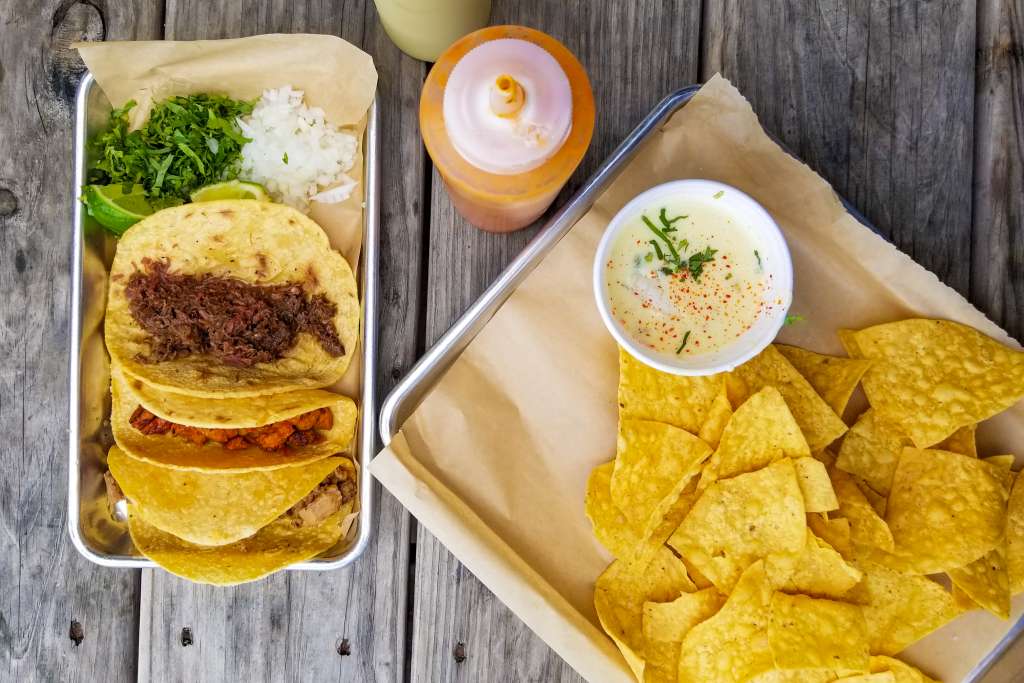 The Bishop Arts neighborhood is one of the best spots to visit while exploring Dallas. The charming shops and assortment of delicious restaurants will keep you happy and busy for hours! One restaurant worth a stop is Paradiso, whose incredible patio is the perfect spot to grab a drink or enjoy some light bites amid all the shopping and wandering. The restaurant itself is large, but the patio is where it really shines especially during Covid times. Filled with old-growth trees, stylish cabana seating and enough fans to keep everyone cool, you’ll slowly let the heat of the afternoon sun melt away while sipping delicious drinks crafted by skilled mixologists. This place has an Instagram-my vibe and stylish clientele, but the tasty menu backs it all up.

Tucked in a quiet corner of the design district, Meddlesome Moth offers diners a robust beer list with over 200 options and a diverse range of delicious New American small plates. The Moth Balls (cheesy ricotta gnocchi), and the Pig & Fig are both must-try dishes. I was really impressed with their Thai curry mussels and don’t miss their rotating bread pudding dessert option. With a killer music selection, you are sure to cozy up in one of their leather booths for hours.

How to Plan the Perfect1 week Texas Roadtrip

The coastal-California-meets-European-cafe design at Sixty Vines won me over immediately. I couldn’t stop snapping pictures of this stunning northside restaurant. Housed in a massive space, Sixty Vines has over 50 wines on tap and delicious food options throughout the day. I tried their brunch where the breakfast sandwich with avocado, brie, bacon and a fried egg on sourdough made for the best start to a day that I could ask for. For wine lovers, there is no where better for dinner because the staff can make great pairing suggestions.

Fine pies for fine folks is the motto of this adorable bakery. With locations in Deep Ellum and the Bishop Arts district, you MUST have a piece of pie at Emporium before you leave Dallas. They offer staple pies, like their Drunken Nut (bourbon pecan) or Lord of Pies (Apple Streusel), all year round as well as rotating seasonal options. All the pies have the option for a-la-mode, and I would recommend it — they use a local creamery to source their rich vanilla ice cream. I opted for the Merry Berry (cranberry pecan) while Sam chose the Papa Don’t Peach (peach cobbler with a twist) and let me tell you. These pieces were something so, SO special.