How to See the Best of Guanajuato, Mexico in 48 Hours 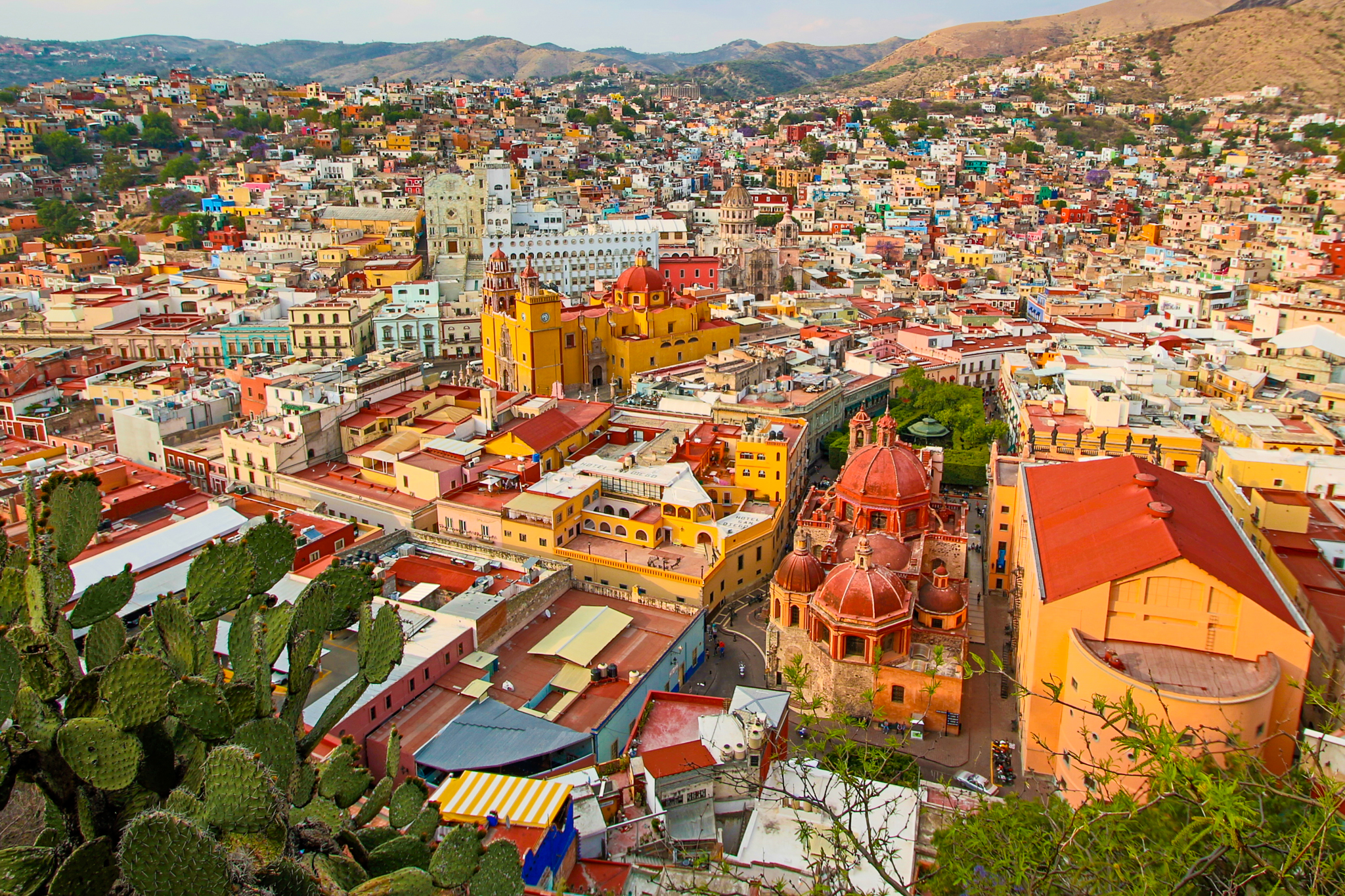 The state of Guanajuato is located in central Mexico, and the capital city (which bears the same name) came to prominence during the Colonial era as a central mining town in the region. Guanajuato may not be on the radar of many of Mexico’s foreign tourists, but this colonial city is full of little hidden gems and meandering streets for you to easily fill 48 hours.

Nestled in a valley, the city of Guanajuato is surrounded by rolling foothill mountains and many of the narrow streets go straight uphill, not even passable by cars. It is easy to wander around and explore this safe and beautiful city, especially considering the central area is fairly compact. It’s a great city to explore by foot!

This is my suggested itinerary for 48 hours in Guanajuato, Mexico!

I started off my 48 hours in Guanajuato with a self-guided walking tour of the plaza mayor and surrounding downtown area. Making your way down Portrero street, which is the main pedestrian thoroughfare, you’ll pass cute little cafes, shops and restaurants until you reach Jardin de la Union. I loved this park because the trees are trimmed in such a unique and quirky way, similar to a perimeter hedge. They are high enough off the ground that people can sit underneath them, providing shade from the hot sun.

This is a really nice area to grab a meal and just people watch because it is constantly filled with locals. We visited a few different times throughout the day, and regardless of the hour, there was always something to watch or look at.

Directly across from the jardin, you’re bound to notice the beautiful Teatro Juarez with its stone columns and adorning statues. It’s still a working theater, so you can drop in for a quick tour for only about $5 USD. Right next door is the Iglesia de San Diego. When I was visiting, there was actually a wedding happening inside the church. We got to watch the bride and groom walk out of the church to the cheering crowd of family and friends!

If you continue walking down Del Potrero, you’ll run into the largest church in the city, the Basilica Colegita De Nuestra Senora. It’s massive golden yellow walls and red domes will catch your eye immediately! If you get a minute to step inside, I would recommend it — it is striking and towering, quite a beautiful church. The basilica is surrounded by the city’s main plaza, Plaza del Paz, which is lined with restaurants and shops. 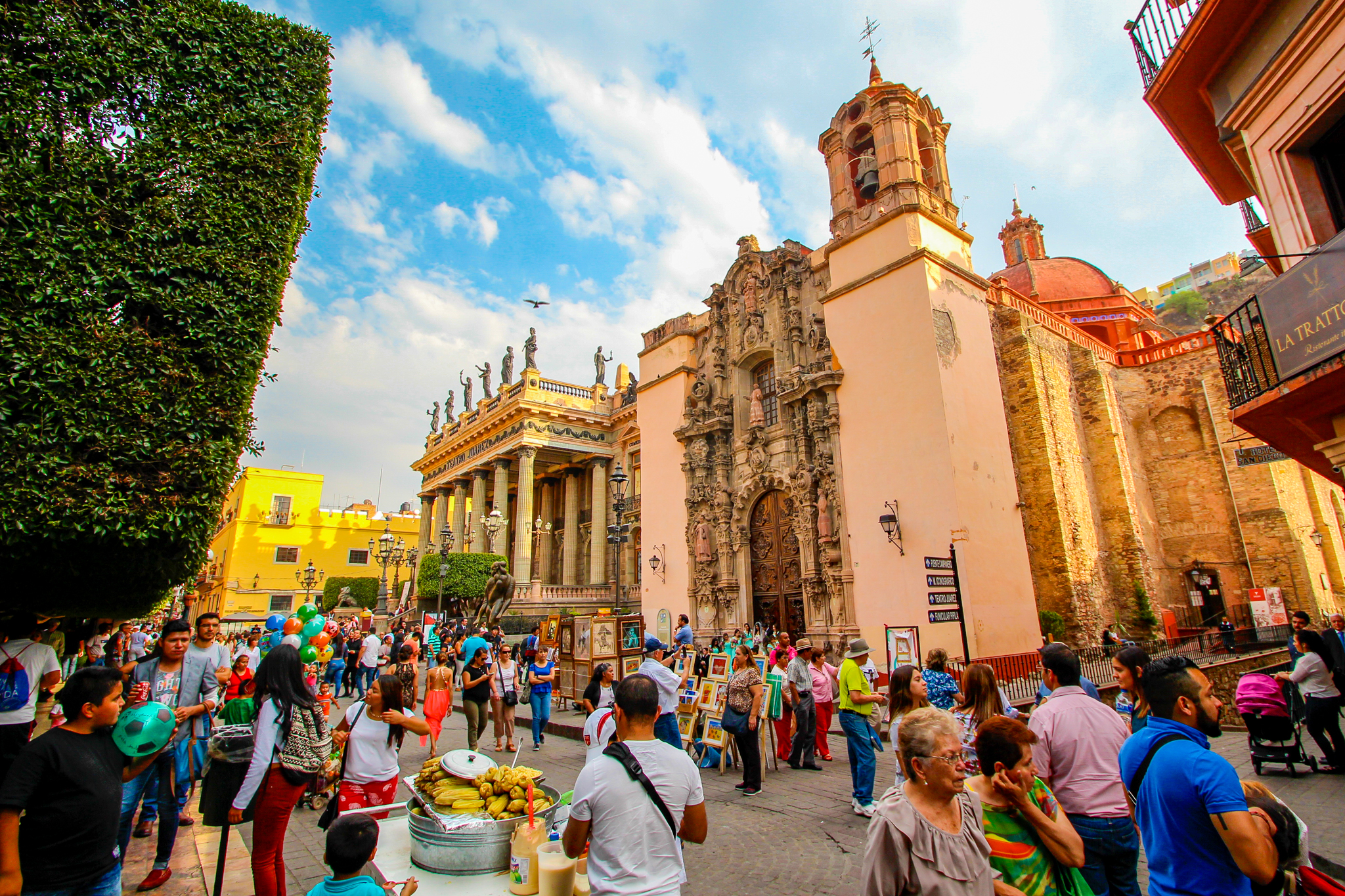 I would recommend visiting the Museo Casa Diego Rivera during the hottest part of the day. Riveria is one of Mexico’s most famous and prolific painters, so it would be a shame to miss this stop. Located in the northern area of downtown, Diego’s childhood home has been restored from the late 19th century, including some of the original furniture, as well as a modern additional wing which features modern art.

Now I’m not an art aficionado but I really liked this museum. It’s airy and bright solarium greets you right when you walk in, and you can branch off into the various galleries. I loved the progression of Diego’s work as you moved up the museum, seeing some of his original works from art school as well as pre-painting sketches of some of his most famous work. There is one of his big murals there to see, but a majority of the pieces are smaller works that he painted early in his career. 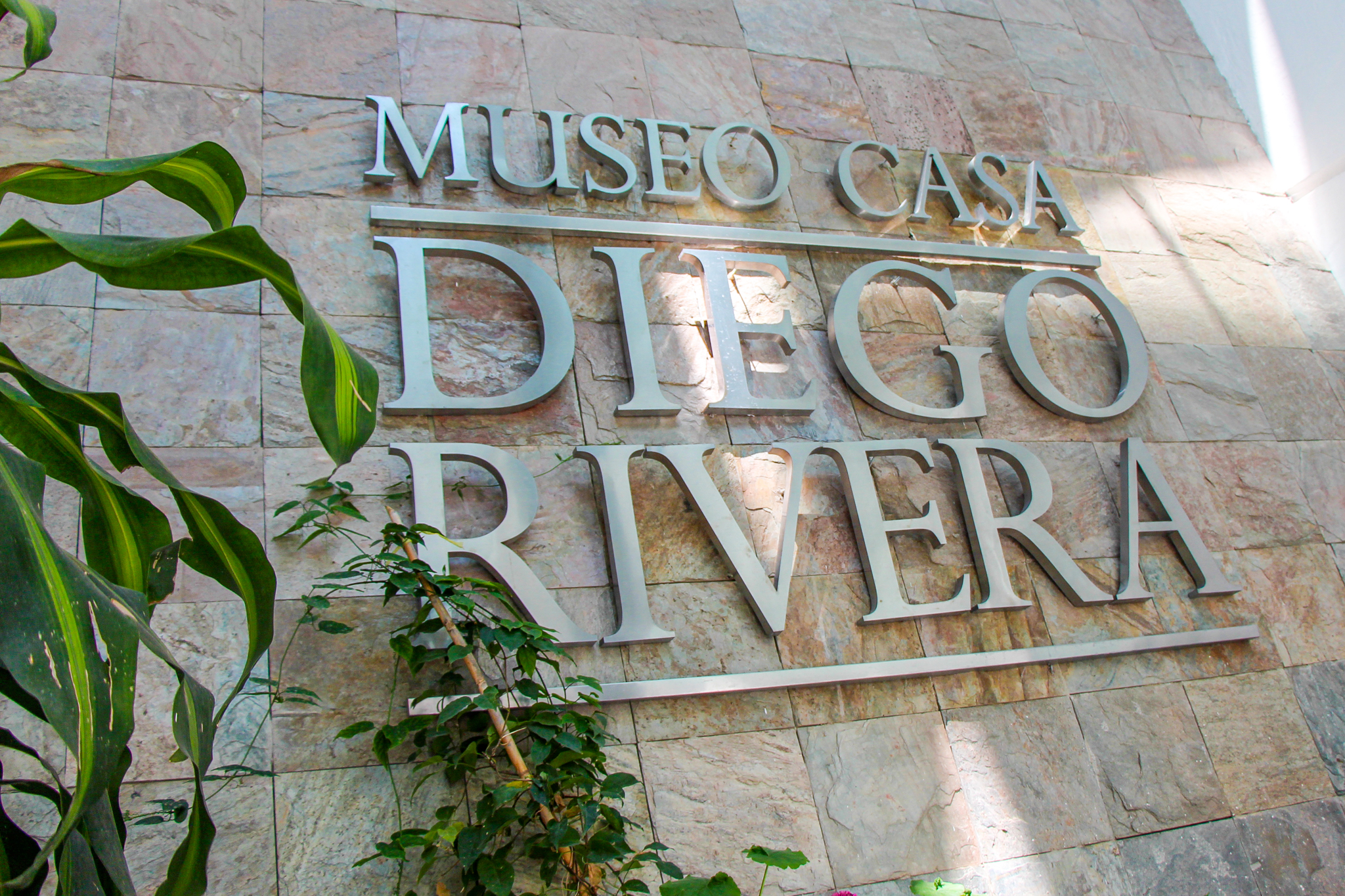 Before your first day is up, you definitely want to check out the sunset on the top of San Miguel Hill. It has a really nice panoramic view of the entire central area, and you can truly appreciate the beauty of the city’s colorful and historic skyline. All the houses are painted various vibrant colors like green, red, yellow and orange which really pop during golden hour. It is absolutely gorgeous!

You are allowed to drink and eat in public parks in Mexico, so at some point during your walk around town, pick up some supplies to make yourself a little picnic! There is a vendor at the top of the hill as well, so you can always pick up drinks there. You will have such a fun night simply enjoying the sunset and people watching from this spot!

Guanjuato is full of incredible history and culture, so I would recommend starting your second day in the city with a visit to a few more museums. Located in an old grain storage building, Alhondiga Art Museum has a mixture of Mexican and Islamic architecture with the characteristic arches and central patio you see throughout the Andalusia region of Spain. The galleries feature a collection of Pre-Colombian pieces as well as works by Mexican artists that tell the stories of Mexican independence and resistance. The vibe gets a little dark at times, but it’s like a walk through Mexican history. The most impressive or famous pieces here are the two massive murals by Jose Chavez Morado, the founder of the museum.

The most curious and fascinating museum I explored in Guanajuato was definitely the Museo de las Momias. In case you didn’t know, Mexican culture is a little obsessed with death (Day of the Dead, themed skeleton art and decor, etc) so the popularity of this bare-bones *see what I did there* museum should come as no surprise. The bodies were naturally mummified in the ground in approximately the 1850s, thanks to the dry, arid and clay filled terrain in Guanajuato. They were disinterred when the city put a tax on burying dead bodies in the 1950s, and quickly became the most popular tourist attraction in the city.

This museum is quite literally full of nothing but mummified bodies. There’s not even signs with the history (I had to read about it online). It is a no-frills, fairly grizzly place, but definitely a cultural visit. There are over 100 mummies at this museum, the most located anywhere in the world. Some of the mummies still have their hair & clothes, and for some creepy reason, lots of them have their mouth open like they were screaming. They even have baby mummies on display. It is like no other museum I’ve ever been too.

If you’re sufficiently creeped out after your stop at the mummy museum, grab a street taco on your way home to calm your impending nightmares. There are lots of food stalls along the road where you can walk up and order the taco of the day. Many of them are clustered around the Mercado Hidalgo, about half a mile further down the road from the mummy museum.

Built inside a solid structure with a rooftop clock tower and cupola dome, this local market is full of all kinds of goodies and local shoppers. It has fresh veggies, meat, home goods, handicrafts and mini stall restaurants. It’s a great place to just explore and take in all the smells and sights.

With your last few hours in Guanajuato, I would recommend simply enjoying the various plazas in the city center. My favorite part of this city is just the slow pace of life and friendly people. Guanajuato doesn’t have a lot of foreign tourists, so you don’t feel intrusive or annoying to the local people by just wandering around. It is very tranquilo and relajante, perfect for the slow travel lifestyle.

There are plenty of patios, bars and restaurants to sample, many of which are open late. I quite enjoyed my pork mole dinner at Tasca de Paz, and you can’t beat the view of Basilica Colegita De Nuestra Señora!

Do you have questions about spending 48 hours in Guanajuato, Mexico? Comment below and I can help!