3 Days in Beijing: A Comprehensive Itinerary and Travel Guide for China’s Capital City

Located in the northern part of the country, Beijing is the cultural and political capital of China. No first-time visit to China would be complete without a stop in Beijing, because it is full of important and iconic sights—the Great Wall of China, Forbidden City, Tiananmen Square, etc.

Beijing is a natural place to start a longer itinerary in China thanks to its new and massive airport. There are daily direct flights from cities around the world including Europe and North America. There is enough to do and see in Beijing to fill more than a week of travel time, but I would recommend starting with 3 days in order to hit all the major highlights.

The following is a jam-packed 3 day itinerary for Beijing, China!

Start your first morning in Beijing with a visit to the Temple of Heaven. Before entering the temple however, stop at the exercise park located near the gate. This was one of my favorite parts of the complex because it is a popular place for retirees to hang out in the morning. You can see elderly Chinese people doing Tai Chi, morning exercises, playing mahjong and sipping on green tea—it is a lively scene and a lot more interesting than you might think!

Once you’re done getting out-stretched by flexible 80 year olds, head into the Temple of Heaven. This stunning temple is located in the center of a large park and it takes about an hour to walk around this picturesque location. The symmetrical design of the temple is striking and you will find yourself marveling at the fact that the roof has no nails. It is all hand assembled with notch and groove building techniques.

Be aware, the number of tickets sold to the site is limited each day so you NEED to buy them in advance. Buy them weeks ahead of time if you plan to visit during a holiday or on the weekends as they do sell out. 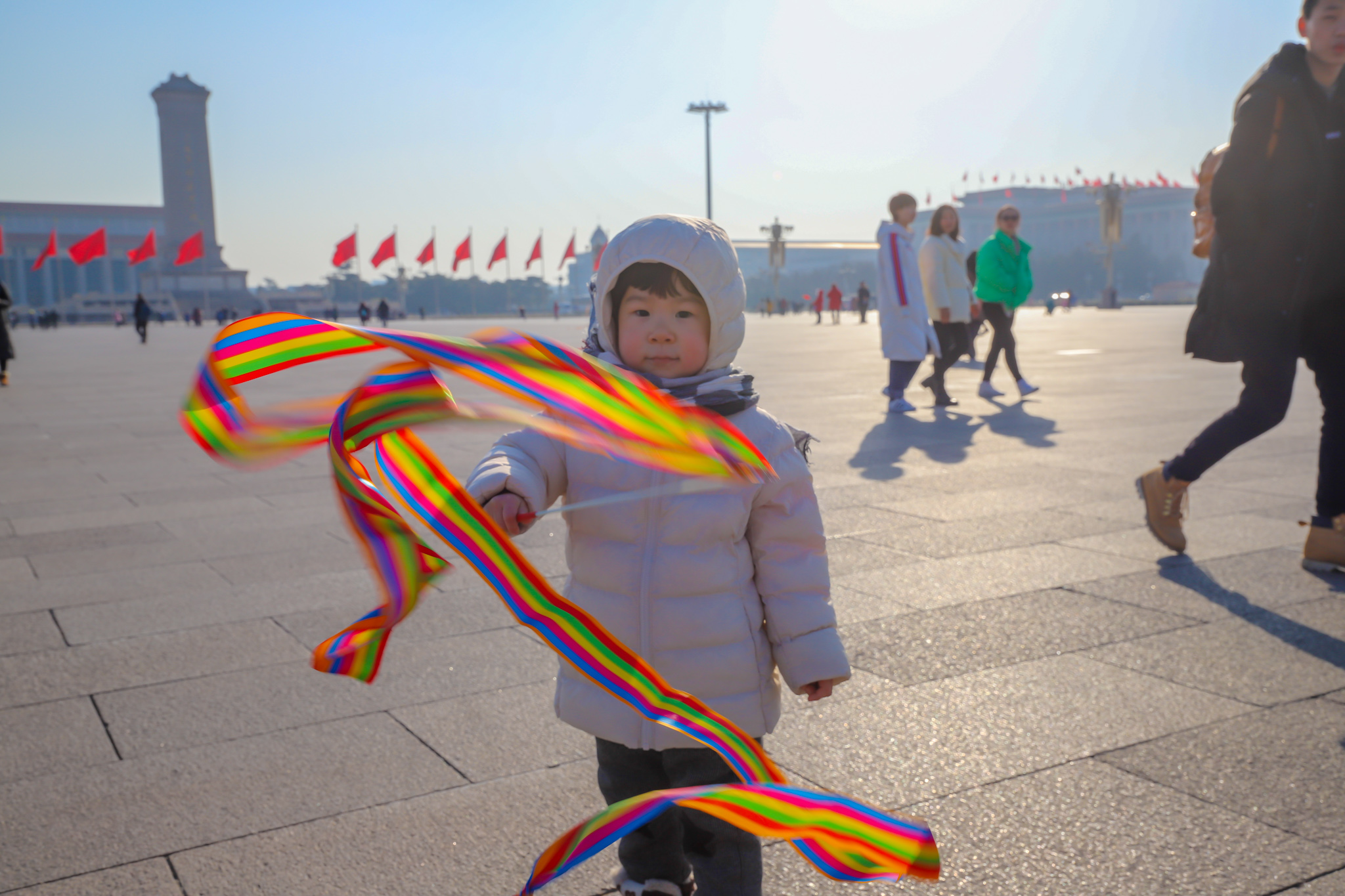 The Forbidden City is a massive UNESCO World Heritage Site and it will take a minimum of 2 hours to walk through and see everything. I would recommend hiring a local guide to give you more history and information about this sight, since there is a lot of take in. You’ll essentially walk through the complex which is laid out in a progressive line. When you reach the end of the tour, you’ll head out the gate and up the hill to Jingshuan Park which offers a stunning view of the Forbidden City, especially at sunset.

End your first day in Beijing with a ride through the old city in a traditional bicycle rickshaw, called a Hutong. You will see the traditional one-story single family homes that used to be characteristic of Beijing, and many of them offer home-hosted dinners so you can eat with a local family. There are also dumpling making lessons in this area where you can make (and EAT!) handmade Chinese dumplings.

I would not recommend visiting Beijing without a stop at the Great Wall of China. This is one of the 8 wonders of the world and is absolutely a must-visit location in China! Of the 6 wonders that I have visited thus far, I think the Great Wall of China is the most impressive because it just goes on and on and on. It is massive and when you see the terrain that it is built on, you will be in awe of its scale!

The Great Wall of China doesn’t actually run through Beijing, and you will have to drive at least an hour or two outside of the city to reach one of the designated access points. Badaling is the most well known of the access points but I personally recommend the Mutianyu section of the wall instead. A few reasons why I thought it was better are:

Once on the wall, you can simply hike and walk along it as much or as little as you like. There are watch towers every couple hundred feet which offer sweeping views of the landscape. However, be warned that with the poor air quality in China, your views may be limited because of smog.

Planning a trip to China? Check out my 2 week itinerary!

It is also important to know that the wall is built on mountains so… it is steep at some points! This isn’t the easiest hike in the world and you will probably work up a sweat climbing the various stairs on the wall. There are also no vendors allowed on the wall, so bring your own water and snack supplies if you plan to be out hiking all day.

After your adventures on the Great Wall, drive back to Beijing and end your day at a Peking Duck dinner. This is one of my favorite experiences in Beijing and it is a super fun meal to enjoy after a long day of hiking. Peking Duck dinners are popular with tourists, but you’ll also see plenty of Chinese people celebrating family occasions or birthdays at these restaurants.

For your final day in Beijing, head back outside of the city to explore a few final icons of China —the Summer Palace and the Beijing Olympic Park. Both are located on the north side of the city and can be accessed by car or public transformation.

Start with the Beijing Olympic Park. I was lucky enough to be in China during the Beijing Olympics in 2008 for their inaugural usage, so I have a special appreciation for these incredible structures. The Olympic Center is a sprawling area consisting of several buildings and a park that you can leisurely walk through for an hour or two. The highlights are probably the opening ceremony stadium, affectionately named the Birds Nest, as well as the Aquatic Center whose walls are glass bubbles of LED lights that light up in different patterns and shapes at night.

Following the Beijing Olympic Park, head west to the Summer Palace. This gorgeous complex was the summer location for the emperors of the Qing dynasty and consists of ornate buildings, elaborate gardens and beautiful curated natural scenery. If you take in the palace at a leisurely pace, it would probably take about half a day to see the major attractions. You could probably hit the highlights in about 2 hours if you were short for time.

On your way back into Beijing, make a stop at the Beijing Zoo. I am not normally one to recommend zoos, because I don’t really agree with the ethics of them, but the Beijing Zoo is one of the few places in the world where you can see pandas. I happened to be in Beijing following the Sichuan earthquake, and there were almost 20 pandas at the zoo during that time as part of a rescue and restoration effort. It’s pretty incredible to see them in person, and the zoo is worth it even if you only go to that exhibit.

What to Know About Beijing Before You Go?

Before arriving in Beijing, it is a good idea to mentally prepare yourself for what Beijing is like. Beijing is considered a “tier one” city in China with approximately 22 million people in the metropolitan area, so things simply take longer here because of the sheer density of this place. Beijing is also not a particularly picturesque or beautiful city. There is a utilitarian sense to life here that you’ll probably notice right away. The air quality is quite poor and traffic can be a nightmare. There are times when it is quite frustrating to travel in Beijing, and it is a good idea to set your expectations accordingly. Flexibility is the name of the game when traveling here. Is your first time traveling to China? My 10 tips for first-timers will make sure you are prepared!

When to Travel to Beijing?

Tourism is busy in Beijing throughout the year, so crowds are fairly unavoidable. Summer is definitely the busiest time, but the weather is also pretty unpleasant then too. It can be frigid in Beijing in the winter, but crowds will be the smallest as long as you avoid the Chinese New Year. The best times of the year for weather are mid-spring or early fall.

Have more questions about what to do in Beijing or what it’s like to travel in China? Comment below!